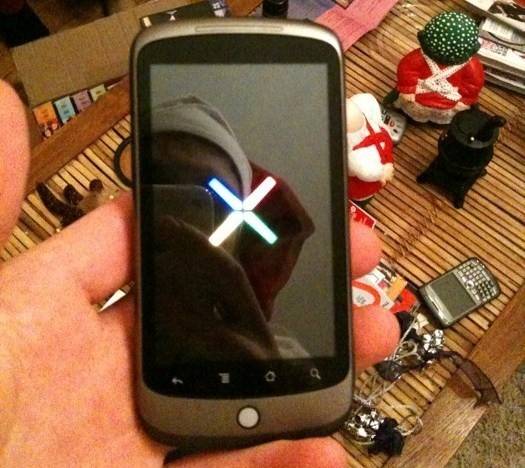 The Google Phone is a great mystery, Google themselves have denied about making hardware, saying that they are not in the phone-making business. But many people keep on waiting for the myth called Gphone, and it is believed to arrive by next year. And now, Google admits to handing out phones to their employees for testing.

Yes, you read that right, Google confirms to be testing “in-house”, some new hardware from a Partner that runs on their free mobile OS. So it appears that they are just experimenting with some new product, a new Android phone, perhaps, but, is not Google’s hardware. And that’s about it, they are not letting anything else out of their mouths.

Here’s what Google’s official blog has to say on this:

We recently came up with the concept of a mobile lab, which is a device that combines innovative hardware from a partner with software that runs on Android to experiment with new mobile features and capabilities, and we shared this device with Google employees across the globe. This means they get to test out a new technology and help improve it.

So, whether or not is the Gphone or the Passion, we can be sure there’s something new coming from Google pretty soon. Until then, dogfooding is on at Google’s campus, and they will not share any details. We will have to wait for the dogfood diet to be over.