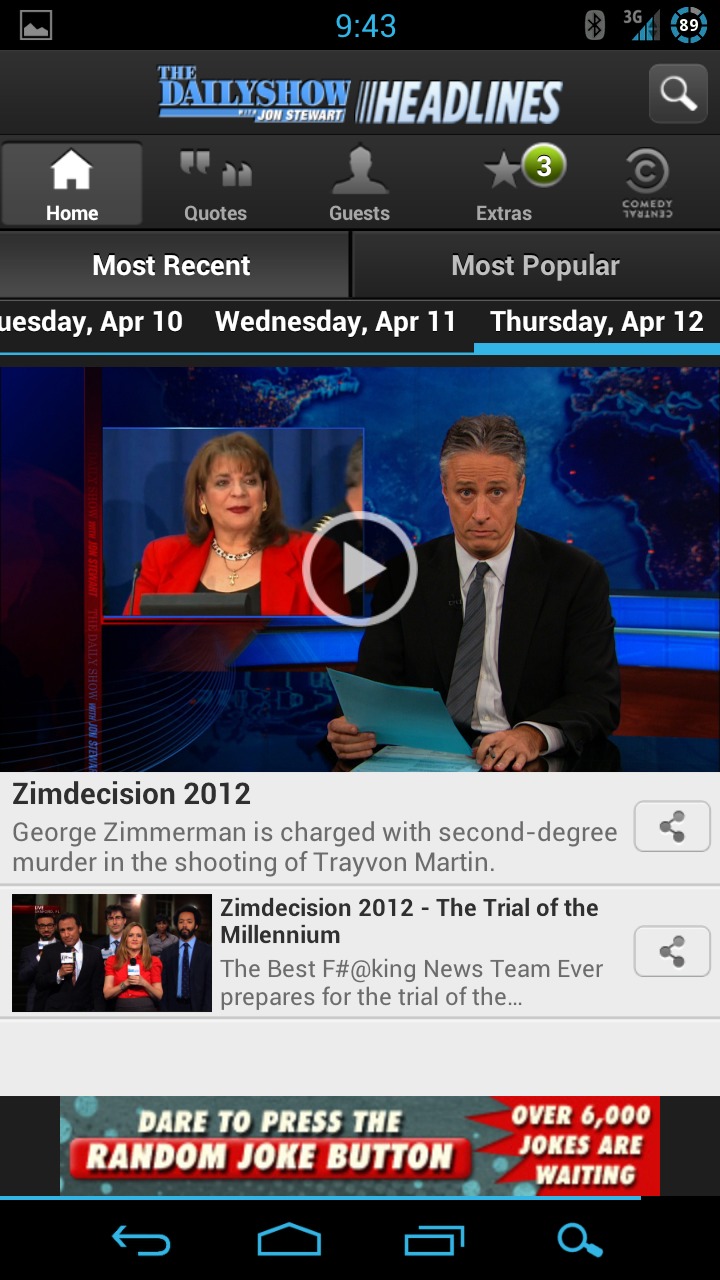 The Daily Show, the only source of world news for the young, uneducated and cynical, has finally come to Android… in clip form. While parent company Viacom keeps a deathgrip on the streaming of its full episodes until Hulu customers pony up for Plus, you can at least get some native short-form video on your Android phone or tablet. The Daily Show Headlines app presents clips and bits from episodes up to two weeks old, as well as selections from the show’s 15-year backlog and web-only content from show host John Stewart.

In addition to the videos, you can sort the clips by date or popularity, or just select a random clip from the archive. There’s also a pretty impressive tagged database that lets you quickly find that one Stephen Colbert Christmas story from 2004. It’s also got the now obligatory sharing functions for sending links to clips out on Facebook and Twitter, as well as email. Presumably for your parents. The app works on Android 2.1 and up, and of course, it’s free. Too bad the menu only works in landscape.

The Google Play Store description goes out of its way to note that full episodes are not available in this app.  You can thank Comedy Central and Viacom for that, since they post timely updates of full episodes on Hulu, where you can watch the last dozen episodes for free… assuming you’re on the desktop. If you’re using Android or any mobile device, you’ll have to pay for Hulu Plus. Or, you know, watch it on YouTube before it’s pulled. If you’re still watching on cable, the app will conveniently remind you when new episodes are airing. Have fun!