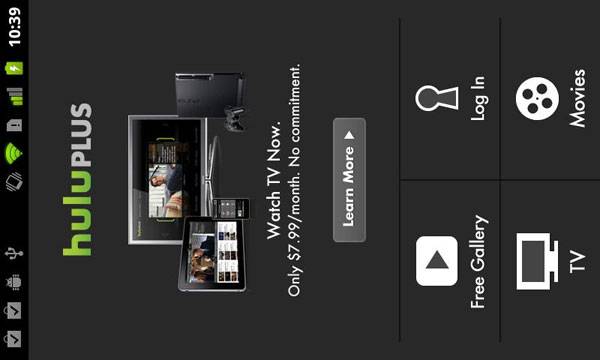 I have a subscription to Hulu Plus and when I want to catch up with some of the network shows that my DVR won’t hold Hulu Plus is a great thing. The service has had an app that will run on the iPhone and iPad for a long time now to let you check out Hulu Plus content. Other smartphone platforms haven’t had an app though leaving users in the dark. Hulu has announced that the roll out of an Android Hulu Plus app is now going.

It’s important to note the Hulu says in the first phase of the Hulu Plus roll out to the Android platform only six devices will support the service. The smartphones include the Nexus One, Nexus S, HTC Inspire 4G, Motorola Droid II, Motorola Droid X, and the Motorola Atrix. Hulu says that over the year it will add a number of additional headsets to the supported devices list with other devices being supported later too.

I would assume those other devices would include tablets and perhaps set top boxes using Android. The app is free to download, but to view the content you need a monthly subscription to the Hulu Plus service. You can download the app and get a week worth of free service if you want to try it. The app needs Android 2.2 or higher for the OS.