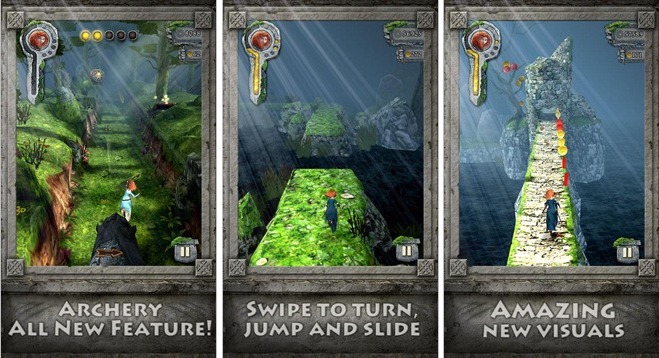 Temple Run was a very anticipated game for Android, and has seen million and millions of downloads since launching back in April. It was one of the most hyped and waited for games I’ve seen in a long time. This week however, they’ve just launched another version of their hit game and are calling it Temple Run: Brave in collaboration with Disney’s Pixar.

Yup, this is the Temple Run you love and enjoy with a little twist. They’ve integrated the red-haired Bow & Arrow gripping girl from Disney’s new movie Brave, and added a few tweaks to make the game even more addicting. We mentioned this a few weeks back, but as of yesterday it’s finally available to all. 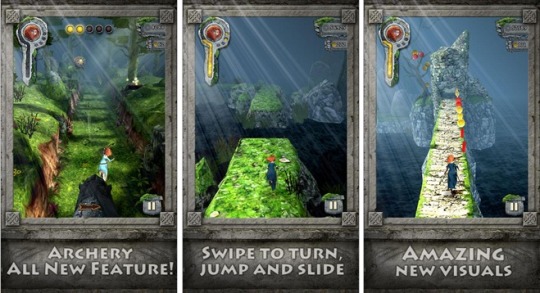 Merida, the animated movie Brave’s main character is the star of the new game. Running from angry bears instead of monkeys like the original game, and Imangi Studio’s have added in some archery action where she can use her bow & arrow to hit targets throughout the game. Now you can run, slide, jump, turn and shoot your way across the wilds of Scotland on an endless running adventure!

Temple Run: Brave is available today, right now on the Google Play Store for Android phones and tablets for just $0.99 and should be loads of fun. Hit the link below to get running and jumping today.