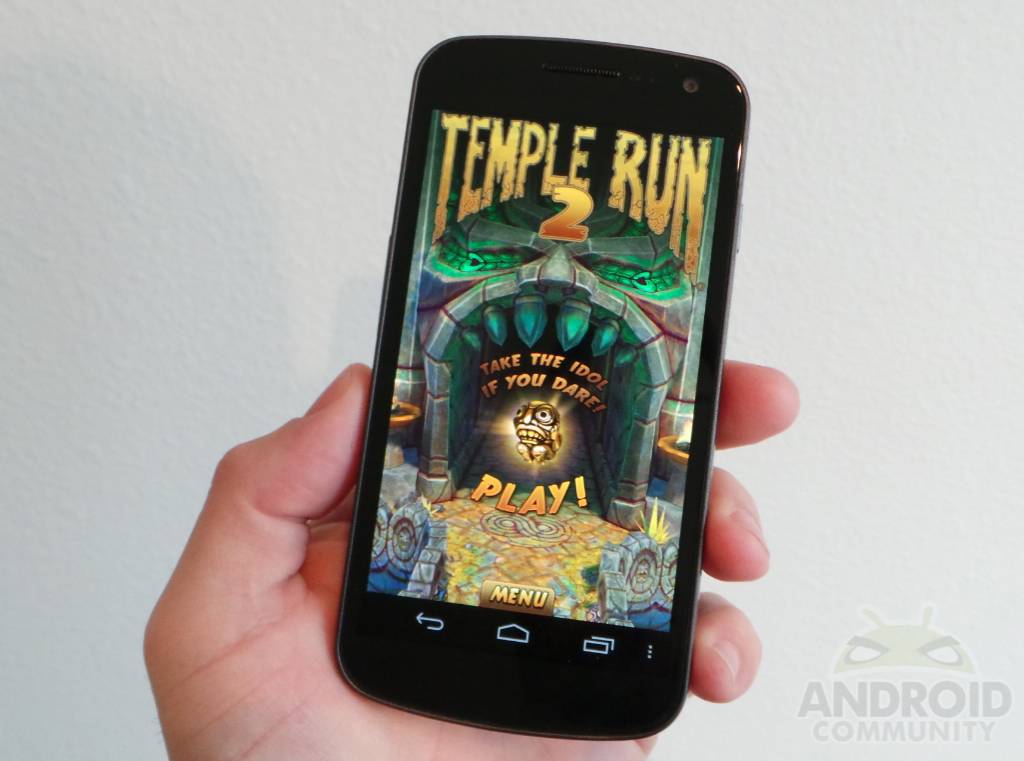 The hit mobile game Temple Run 2 has been pretty popular the past two weeks, and today we’ve learned that it broke a few records in the mobile gaming space. Imangi Studios today has announced that Temple Run 2 broke the record for fastest growing mobile game of all times, and has been downloaded over 50 million times in just 13 days.

Between the millions of users on Android, the 20 million and more from iOS, as well as Kindle Fire Android tablets the popular new game has reached a milestone of 50 million downloads faster than any mobile game in history. The original was been downloaded more than 170 million times in its lifetime, so the sequel had large shoes to fill but so far it’s doing just fine.

As a comparison, the previous record went to Angry Birds Space for reaching 50 mill in around 35 days, which was quite impressive. If this is any sign, releasing a game for both platform surely helps its success. Something I’m sure all Android fans can agree on. Temple Run 2 landed for iOS on January 17th and was downloaded over 6 million times in the first day, and the momentum has continued extremely strong for the past two weeks and is showing no signs of slowing down.

“Temple Run has evolved into something so much bigger than us. The game has performed beyond our wildest dreams, and we are thrilled that gamers and fans have embraced Temple Run 2 in such a short period of time.” – Keith Shepherd, co-founder of Imangi Studios

We were huge fans of the original Temple Run, but with their all-new and improved Temple Run 2 things are even better. If you haven’t gave this awesome game a try you certainly are missing out, 50 million users would agree. Check out more from our Temple Run 2 Review from launch night. We have a feeling these numbers aren’t slowing down, and will report back when we hear more. Let us know if you enjoy the game by dropping a comment below!