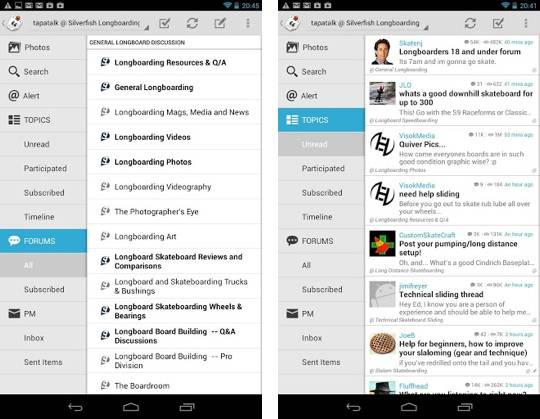 Tapatalk HD for Android tablets was released as an open beta back in October. The catch with that release though, the app had to be downloaded from the Tapatalk support fourms and sideloaded. But as of today it looks like that has changed — Tapatalk HD Beta is now available from the Google Play Store.

The app has arrived as version 0.9.0 and with support for devices running Android 3.0 or later. More specifically though, the app is said to have been built specifically for tablets that are running either Ice Cream Sandwich or Jelly Bean. Of course, it will run on both 7- and 10-inch tablets.

As it stands, the beta release of Tapatalk HD Beta has features to include a gallery view on bigger forums as well as push notifications for subscribed topics, private messages, likes received and mentions. The app also has portrait and landscape view, forum moderations and both a dark and light theme.

That all being said, the Tapatalk HD Beta app is available for free, however once the app goes 1.0 — the beta will stop working and the app will no longer be free. The good news here, those who download and use the Tapatalk HD Beta will be allowed to purchase the non-beta release at a “huge” discount. Finally, just for those wondering, the Tapatalk Forum App for smartphones is currently priced at $2.99.