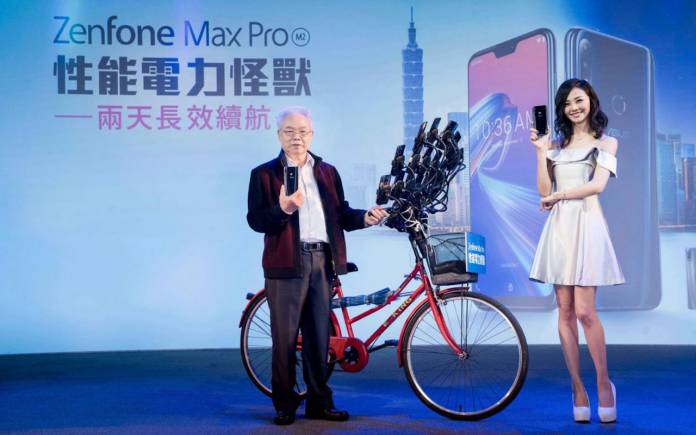 Remember Grandpa Shark? Err, we mean, Pokemon Grandpa? The Taiwanese grandad that showed us the best way to play Pokemon Go by driving around Taiwan with 11 smartphones is now a spokesperson for Asus. We remember saying the Pokemon Go team should hire him as a spokesperson for living the “catch ’em all” motto. As it turned out, one company took notice of his potential and hired him to promote its brand. The Taiwanese tech giant ASUS tapped Chen San-yuan to help promote the Asus ZenFone smartphones as an ambassador.

Chen San-yuan’s bicycle rig went viral in 2018. He became famous for his Pokemon Go adventure and then he decided to create another contraption for walking. He hasn’t forgotten his bike rig as it now has 22 phones–up from the almost a dozen units.

At an ASUS press event, Chen was present to the audience as its newest spokesperson for ZenFone Max Pro phones. The Taiwanese Grandpa’s goal is to use the phones around the town and show around town the GPS powers and impressive battery life of the ASUS Android phones.

It is safe to assume Niantic Labs is getting a free promotion because Chen continues to catch ’em Pokemon. Who knew grandpa would get this gig?

ASUS is taking advantage of Chen San-yuan’s popularity. We think it’s a good move. Let’s wait and see if sales will go up.