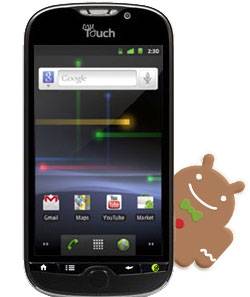 In case you have missed it or are not paying much attention the upgrade to Android 2.3 Gingerbread for the T-Mobile myTouch 4G is now available and rolling out. The update started on the 20th and should be hitting handsets all week long. T-Mobile is now going to offer in-store updates for those worried about doing it themselves starting August 5th.

We recently reported that T-Mobile would in fact start offering operating system upgrades for select Android phones in-store via MicroSD cards, while this isn’t how updates usually happen it is nice to see T-Mobile and HTC offering users the choice to have an employee perform the update for you.

For more details you can head over to the myTouch 4G support page, as it now mentions these updates. From what we understand you can go into any official T-Mobile store and they will replace your SD with one that has your update pre-loaded and will perform the update right in the store for you, this is great for those not so technically advanced users.

If you’ve still not received the update after August 5th or just didn’t dare take the update, head down to a T-Mobile store and they’ll take care of it.