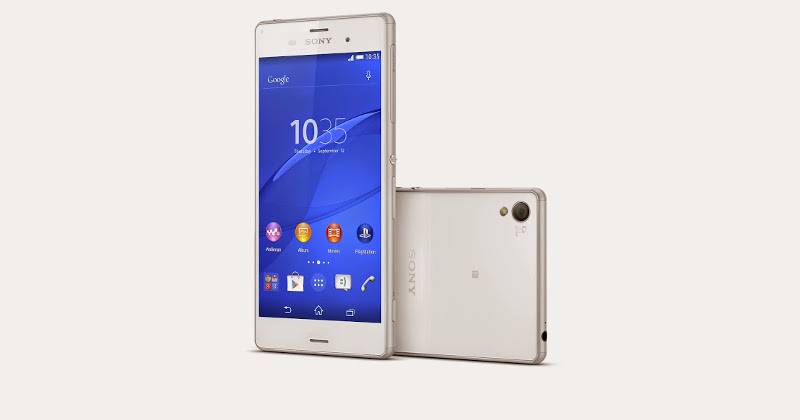 The Xperia Z3 is coming to town and it will be stopping by T-Mobile first. The US carrier has just announced availability details for Sony‘s latest and greatest to give their subscribers time to prepare and save up for the device. The Xperia Z3 will go on sale across the country starting October 29. But those too excited to get their hands on the device can opt to join the pre-order spree starting on the 15th to be able to get theirs before the national launch.

There is, after all, reason to be excited about the Xperia Z3 as Sony has seemingly pulled out all the stops in the latest iteration of its flagship. From some angles, it might seem just an incremental upgrade over early 2014’s Xperia Z2 but nonetheless it represents Sony’s best effort in the smartphone market. The 5.2-inch screen still sports a Full HD resolution but also boasts of the usual Sony BRAVIA and TRILUMINOS display tech. The beating heart of the device is a 2.5 GHz quad-core Qualcomm Snapdragon, assisted by 3 GB of RAM. The 20.7 megapixel camera may, at first brush, seem similar to previous iterations, but Sony has added a new ingredient to the mix in the form of a 25 mm wide-angle Sony G Lens.

More than just the raw hardware specs, the Xperia Z3 pushes the boundaries of what Sony’s mobile devices are capable of. Already known for its water proof (or just water resistant, depending on where you live) smartphones, the Xperia Z3 excels even more with the highest IP65/IP68 grade, enough to survive a dip in soda and a slathering of Nutella. Despite the rather resource hungry hardware, the smartphone’s large 3,100 mAh battery is advertised to last you 2 days at most. And for the gamers in the crowd, Sony has debuted PS4 Remote Play which turns the smartphone into a wireless remote game controller and window for the latest gen console.

All those can be yours at $26.25 a month for 2 years with zero down. That is, of course, if you’re part of T-Mobile’s family. Those who pre-order the Xperia Z3 starting October 15 at 12:00 a.m. PDT will be able to receive their device before the smartphone formally launches nationwide for everyone else. And for those who are not part of that “un-carrier” crowd, the Xperia Z3, in another incarnation, will arrive on Verizon as well as the Xperia Z3v, a variant that adds Qi wireless charging for the price of a bit of thickness.