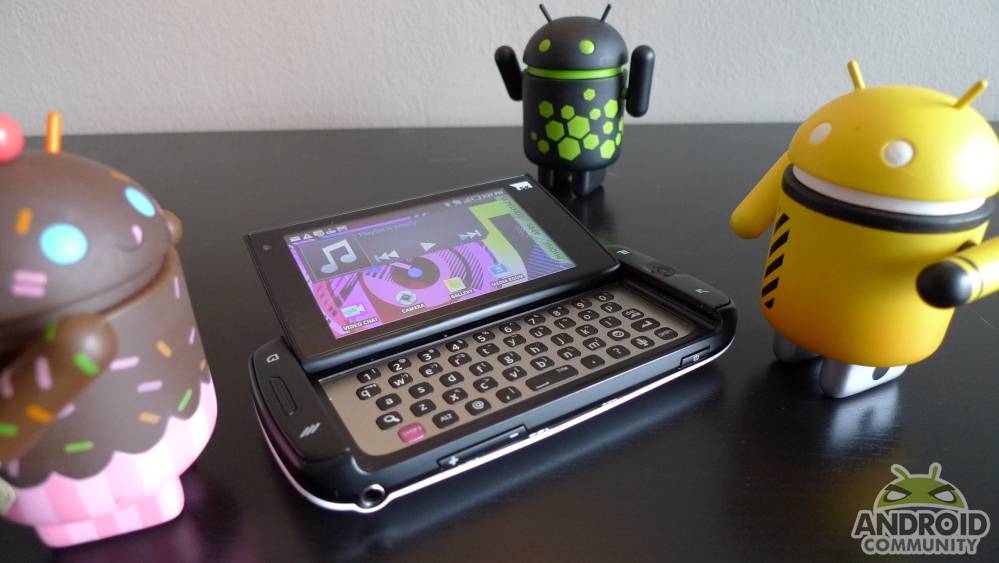 It’s electric! The following is a journey through T-Mobile’s newest Sidekick effort – a project that’s produced a device that’s no less than a hipster masterpiece, one that’ll make all your oddly fashioned cloth wearing friends say “uh, I don’t want to sound like a newb or anything, but that phone looks like it’s totally amazing, and I have no idea why I don’t already have it.” That’s right – this is the phone that all the art students who live on the South side of Minneapolis will want to be grabbing asap lest they miss the pink bus – aka they’re going to want to get the one I’ve got here, the white and pink edition. So cute!

There’s two different moments when you “first see” a phone if you’re a person who reviews electronics for a living like yours truly. First there’s the first time you open the box – you’ve got to see what’s inside the box, you’ve got to pop the batter cover off the device, and you’ve got to see if the device will turn on without the assistance of a battery. Then there’s the second time you first see the phone – you’re not in as much of a rush, you can sit down, stand up, walk around with the device and use it as a phone or text, and you can watch a little movie on it – or a big movie, as you’re about to see below. 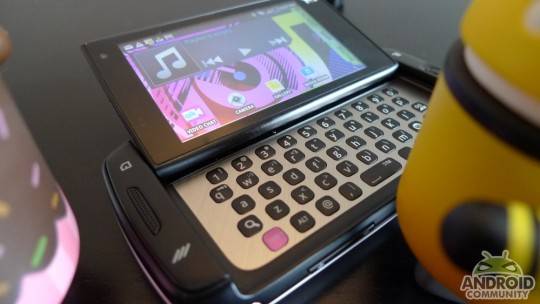 Once I started to handle this device in ernest, I realized that, while other phones made of mostly plastic seemed flimsy and sometimes less than comfortable to the palm of my hand, this one was molded and formed to fit both my hands and my pocket-with-keys and often-dropping lifestyle. If you take this phone and whip it at the ground as hard as you possibly can (and I haven’t tested this, note,) the worst thing that’s going to happen is that the battery cover is going to pop off. The screen might also get a little scratched as it’s no Gorilla Glass, but wait – why are you throwing this device against the ground anyway? 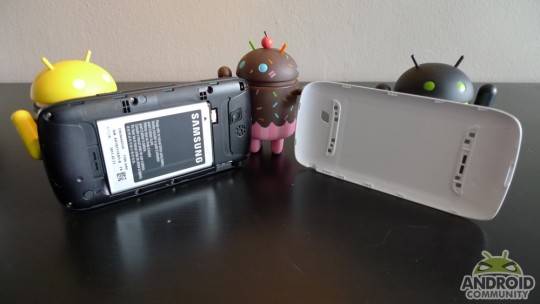 Because odd stuff comes up, and when it does, you’re going to want to have a unique phone to go along with it. That’s what’s going on here with the T-Mobile Sidekick 4G. Because this device comes from a long line of oddities, so too must this review be a bit non-traditional. That’s why the next category is:

What Color Combo Should I Get?

This device is going to sell on Brand Power. What that means is that people know the Sidekick brand like they know the iPhone brand. Obviously it’s not exactly the same, but it IS a more powerful connection, I’d contend, than people’s loyalty to the Galaxy brand from Samsung – agree? Disagree? EIther way, the Sidekick brand is powerful, and Samsung has a fox by the tail, a cute fox that everyone is going to want to get ahold of, regardless of what his guts look like. 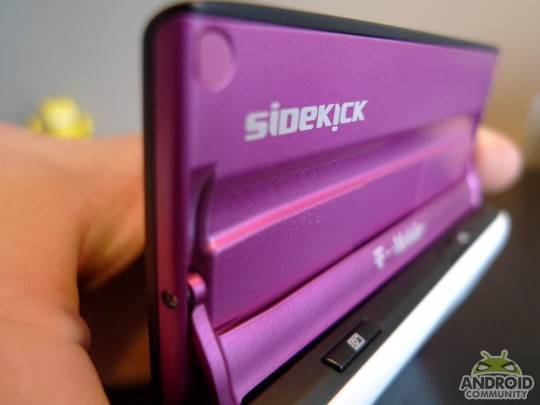 In other words, this device could sell without Android on it. Obviously I and we are interested in the device because it’s got Android on it, and we’re using it thusly, but it’s really not Android that this device is strong for. That said, the 1GHz Cortex A8 Hummingbird processor holds its own for all sorts of fun stuff – like watching an HD video file of Tron: Legacy for example:

And what color combo should you get? Why, pink and white, of course! Your other combination of colors is black, but if you’re thinking about purchasing a sidekick in order that you might blend into the background – you’re going to be out of luck either way. What you WILL BE in luck for is a messaging and social-media fantasy where sharing your daily activities is as easy as pushing out that screen from its loving hard plastic bosom. And that’s really easy, if you did not already know. 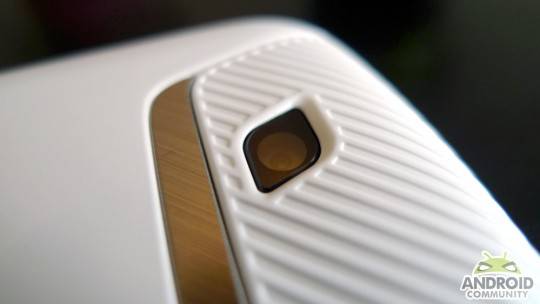 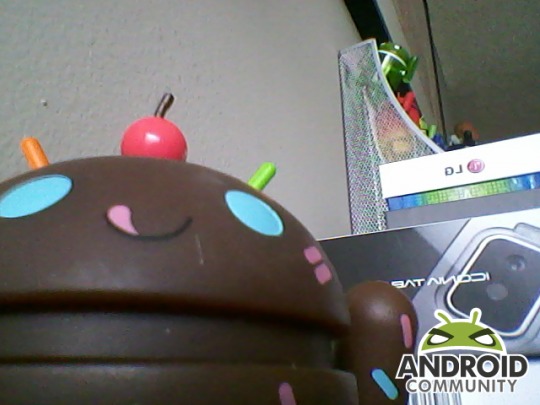 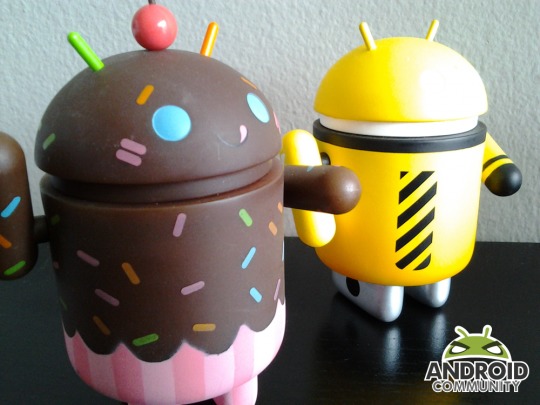 NOTE: There is no front-facing video. Obviously you can use the front-facing camera for photos and chat via Qik, but videos are not a built-in option. Harsh! 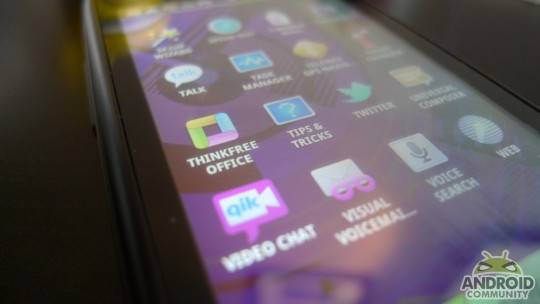 This phone doesn’t use very much power in any aspect, therefor its 1500 mAh battery will more than last you the full 24 hours. That said, if you want to watch Tron, you might have to charge the battery after you’re done. 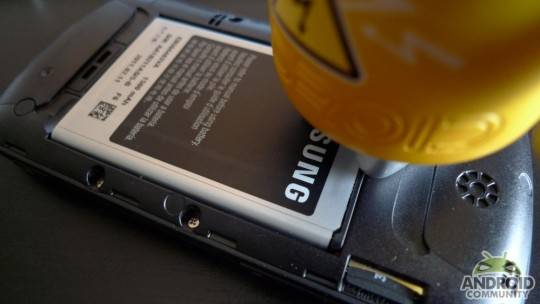 Check out the sound quality on the speakers in the Tron video above – it’s quite nice. T-Mobile is putting out a few devices, this one and the two LG brothers, that all have fairly nice sound systems on them. It’s like they’re fulfilling my dream of a boombox that doesn’t require my arm to be thrown in a sling just for loud beats! The phone works well too – as I say in the demo video above, phonecall quality on all ends with this modern age of smartphone is second to none. 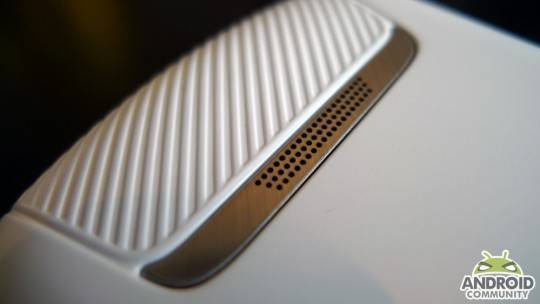 Again, there’s a totally unique Android user interface on this device. If you’re a regular Android user, you’ll recognize where everything comes from, and you’ll definitely enjoy how everything flows. If you’re an Android purist and only like your device to have a Vanilla flavoring to it, I suggest you check out the G2x instead. Users NEW to Android will be in for an extremely enjoyable treat. Not only is this an excellent path into Android, it’s an excellent path into smartphones and the Sidekick line specifically as well. It’s just fun!

What you’re seeing in this video is yours truly walking through the phone, pointing out all the bits that may be of interest to you and yours. Hands-on with a brightly colored Android-run messaging machine. 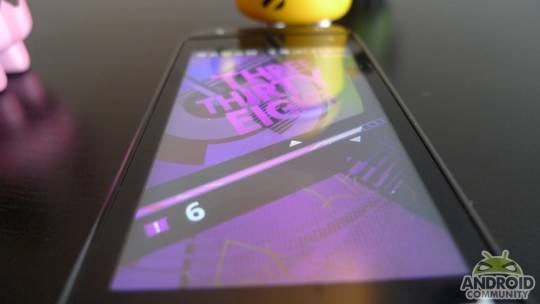 If you’re used to our most modern review series here on Android Community, you’ll notice a lack of a few things, most notably benchmarks comparing this phone to its compatriots. Why would I skip such a series of tests? Because they don’t matter. What Samsung and T-Mobile have done here with Google and the Sidekick brand is to finally, truly set an Android device apart from the rest of the pack. Processor speeds and rooting ability be forgotten – this is it. This is a brand new direction for smartphone creators to take.

We’ll be watching the sales of this device closely, that’s for certain.