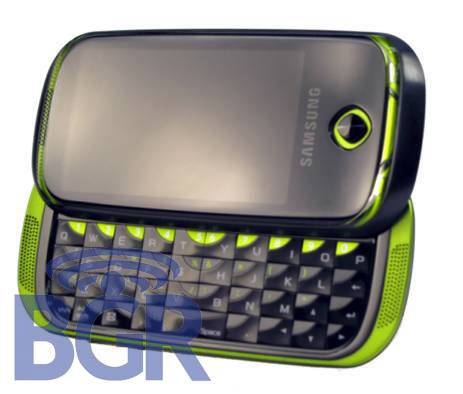 A new picture of Samsung’s Bigfoot Android phone for T-Mobile USA has emerged, the smartphone that was initially tipped to replace the G1 in Q3 2009.  The Bigfoot is expected to have a 3-inch AMOLED capacitive touchscreen, presumably similar to that the company has used in the Samsung I7500 aka Galaxy.

There’s also believed to be UMTS/HSDPA connectivity, taking advantage of T-Mobile USA’s 3G network, and it seems sensible to assume that it will have WiFi, GPS and Bluetooth.  A 3-megapixel camera is also expected, and of course there’s that full QWERTY keyboard and what look to be some well-placed stereo speakers.

According to the BGR’s sources, the Samsung Bigfoot is actually set to launch in the very near future.  No word on pricing or specific launch dates, however, but if that “really soon” prediction pans out, we shouldn’t have too long to wait.