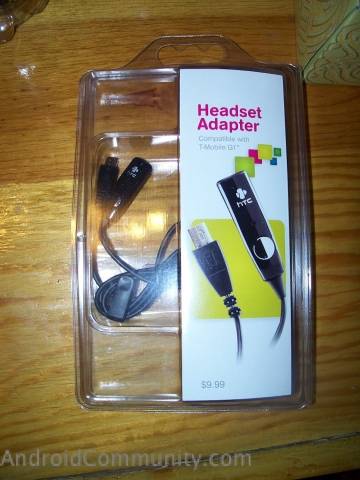 We recently wrote about the official HTC inline headphones adapter that are now shipping with T-Mobile G1 handsets. Some of our users who were early adopters of the G1 have been unable to talk T-Mobile into sending them a replacement jack for their device.

Thanks to our member LordKurgan, we now we know why they are so reluctant. He stopped by a T-Mobile store today to pick up a case for his G1 only to find that they are also selling the Official HTC inline adapter for $9.99. The salesperson told him that they were released only today. He reported that the adapter provides good quality audio through the headphones that he owns. For those of you who missed our story on these 3.5mm headphone jacks, they also include a microphone and answer/mute button for placing and answering calls.