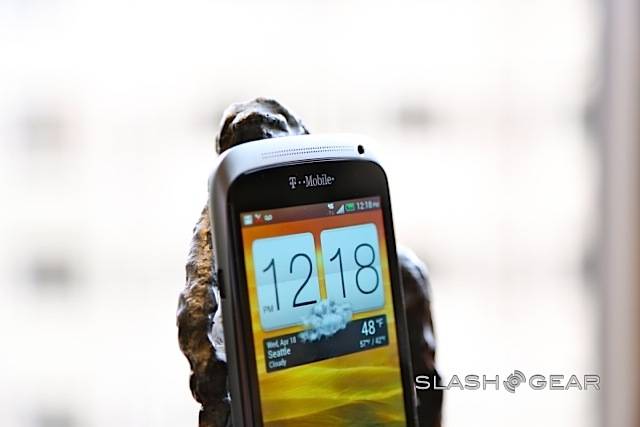 Finally giving us the official word today is T-Mobile stating that their version of the HTC One S will be available in stores and online starting April 25th for just $199. We’ve been patiently waiting since we first spotted the device at MWC, and loved it in our full reviews. This phone will be one of, if not THE device to get on T-Mobile this summer.

T-Mobile has confirmed the date of April 25th, a day that rumors have been pointing at for a few weeks already, not to mention the device started appearing in T-Mo stores earlier this week. Along with the date we also know the HTC One S will be $199 with a new 2-year contract, but you’ll have to send off a $50 mail in rebate too. So technically the One S will be $249 out of the gate. For those wondering, you can buy it outright for $599 according to T-Mobile.com

The HTC One S is a mighty impressive smartphone. While it doesn’t have the quad-core that the larger One X received, it’s still handled all tasks quite well from our reviews, impressions, and benchmark wars (links below). For $199 you’ll get a 4.3-inch qHD AMOLED display, Android 4.0.3 Ice Cream Sandwich, HTC Sense UI 4.0, an impressive 8 megapixel camera, T-Mobile’s HSPA+ 4G speeds, and 16GB of internal storage. Pre-orders should be available any time now and the phone can be all yours on Wednesday, April 25th.