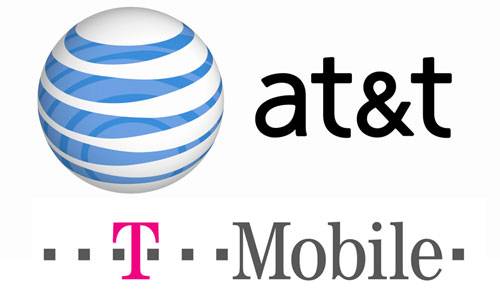 In case you haven’t seen the AT&T advertisements that have been making the rounds in magazines and newspapers around the USA the past few weeks, they aren’t too nice. They are attacking T-Mobile head on as we reported here, but this week T-Mobile is firing back and getting even. It looks like the gloves are off and this battle will be getting down and dirty.

It all started with AT&T posting attack ads in The Wall Street Journal, New York Times, and many other national newspapers calling out T-Mobile’s service. Stating “the truth about T-Mobile’s network” is that it has twice as many dropped calls, 2x the amount of failed calls, and 50% slower speeds than AT&T. Pretty big and bold claims right? Actually rewind. This all started last year when AT&T tried and failed to buy T-Mobile.

This week T-Mobile’s launched their own ads combating those from AT&T. They really only needed one, but posted about 3 just for good measure. What did the main one read? “If AT&T thought our network wasn’t great, why did they try to buy it?” then simply states that AT&T is obviously worried now that T-Mo’s turned up the heat. Pretty interesting and direct ads I’d say. 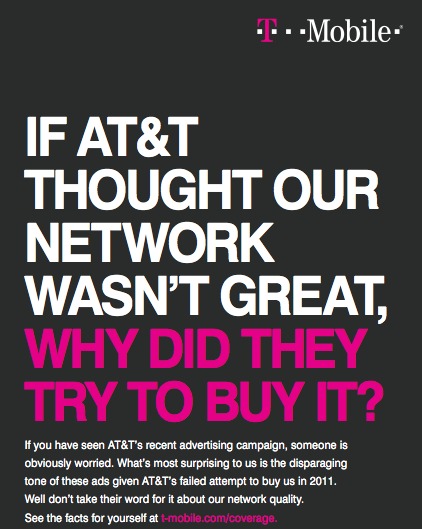 Then T-Mobile didn’t stop there and apparent has two others making the rounds this week. Asking what keeps AT&T up at night, which is obviously them. Or things like “Can you see the beads of sweat in this AT&T ad?” and all sorts of fun. So as we said above, the gloves are off and this is a good old-fashion fist fight.