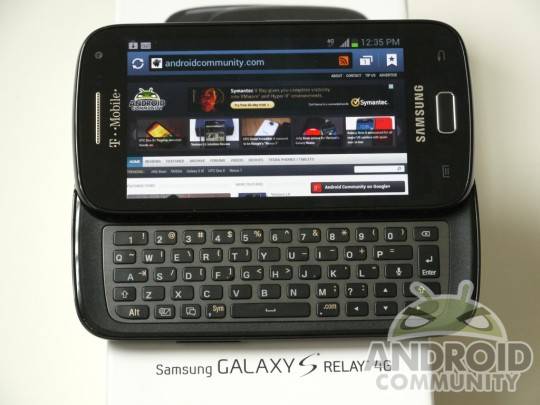 T-Mobile originally launched the Samsung Galaxy S Relay 4G back in September of last year. At the time the handset was running Android 4.0 Ice Cream Sandwich, however as of today there is a bit of good news regarding Jelly Bean. In short, T-Mobile has announced the immediate availability of Jelly Bean.

Specifically, the update will be arriving as Android 4.1.2 and with baseband version T699UVBMC5. Those looking to get the update should know that you will not be getting an update notification. According to details coming from the T-Mobile support page, Galaxy S Relay 4G users “will not receive notification of this update.” The update is available over-the-air or using Kies, but you will need to manually check.

Otherwise, T-Mobile has also said this update will remain available over-the-air through the end of May. After May 30, the update will then only be available using Kies. Basically, if you are sporting a Galaxy S Relay 4G you will likely want to grab your handset, make sure you are connected to a Wi-Fi network and then navigate to Menu -> Settings -> About device -> Software update to get the process started.

Aside from what has already been mentioned, T-Mobile has also said this update measures in at 411MB in size and that you will need to have a non-rooted handset in order to get this update. Assuming you meet the requirements, you can have Jelly Bean as soon as today which means new features such as Google Now and expanded actionable notifications.