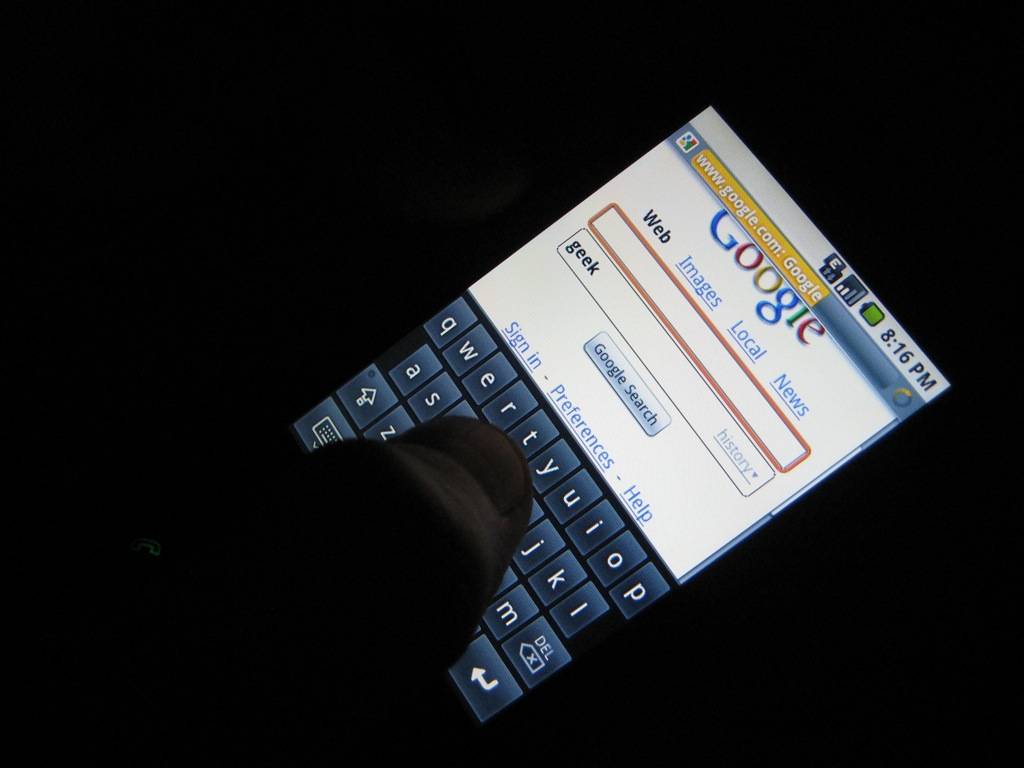 With the furore over the HTC Magic, T-Mobile G1 owners might be wondering whether the halo has shifted from their original QWERTY handset to this new HTC usurper.  While the external hardware is obviously significantly altered, under the hood it’s a case of different software, not different components, the most obvious being the new on-screen QWERTY keyboard.  Over at Geek.com they’ve been playing around with the latest Cupcake build of the Android OS on the G1, and have shot video of not only the keyboard but the Linux shell and the game Snake.

Somewhat worryingly, tester Brian Jepson reports that the on-screen ‘board proved trickier than expected, describing it as difficult to use one-handed and “definitely a bit buggy” .  The former is hopefully a symptom of the G1 form-factor – as you can see from our gallery, the Magic is considerably thinner and more hand-friendly than the G1 – whereas we can only assume that tweaking in some extra stability is top of HTC’s priorities before the Magic’s Q2 2009 launch.

Still, it only crashed when trying to use the video app – which, when we saw it demonstrated on the HTC Magic, didn’t encounter any problems – and generally felt stable.  Check out the video for all the details.