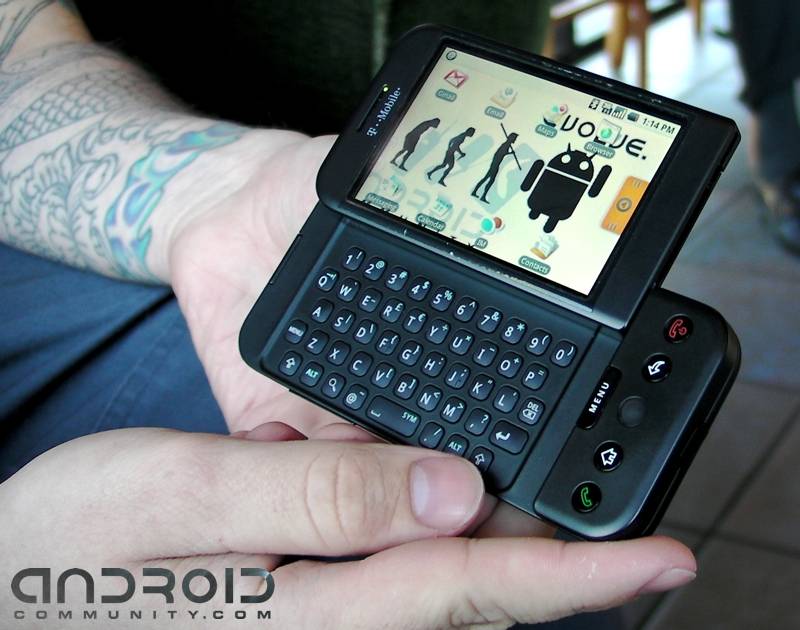 While today technically isn’t the day that Android turns five, it is the fifth anniversary to the exact date that T-Mobile and Google announced the Android-powered G1 smartphone by HTC. The first Android smartphone ever to be released to the public. For a little throwback Monday, here’s our T-Mobile G1 Review. Isn’t that chin a beauty? We think so!

Thinking back to 2008 when Google and T-Mobile took the stage to announce their new smartphone to rival the iPhone, I was sitting at work here in Las Vegas at Caesars Palace enjoying some 2G speeds on my Sony Ericsson K850i. It was sweet, but soon after I bought my first smartphone, the T-Mobile G1. Then eventually the Nexus One and it’s all history after that.

Today T-Mobile Product manager Des Smith took to his Google+ page to talk about it, and share a few thoughts on that eventful day. From testing out different prototypes the night before, to announcing the G1 with 3G. Fast 3G speeds for everyone. Oh how I remember constantly setting it to “edge” only to preserve that awful battery life. Chugging along with the single-core Qualcomm processor at 528 Mhz and flashing leaked builds of Cupcake before release. Good times indeed!

As you all know, now days things are a lot different with Android being the number one OS in the world. With nearly 1 billion Android activations, growing by the second, and about to get full of KitKat chocolate. Google and Android have come along way, we’ve been here through all of it, and expect plenty of exciting years ahead!

Now that I told you the phone I had in 2008, feel free to drop us a comment below with what you had back before Android ruled the mobile world.