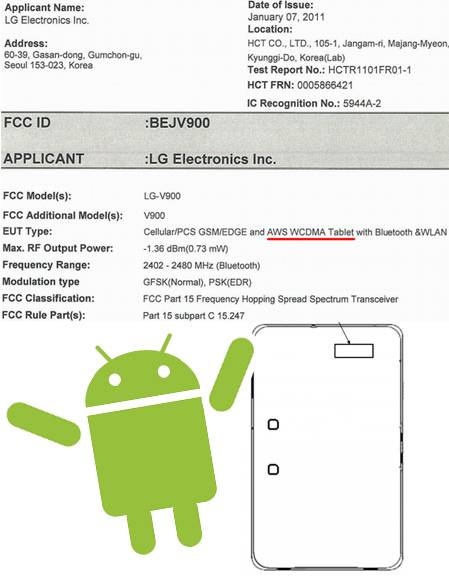 Take a peek at this, it’s an FCC application for an item by the FCC Model name of LG-V900. It features Wifi, AWS connectivity (making it compatible with T-Mobile’s US network,) and well, it looks like a tablet – oh and it SAYS it’s a tablet in the type. The only problem is the FCC filing that was filed back about a week ago, one that was also reported as possibly being the LG G-Slate: BE/V909 — the only problem is, the one in this post is LG-V900, and that one was LGV-909.

So which one’s it gonna be? Or are they BOTH the G-Slate? One with ever-so-slightly different specs than the other? And will they both be competitors with Motorola XOOM? We’re so pumped up to find out! Take a peek at this lovely video of the G-Slate, then go hang out in the Android Community Forums for more insight.