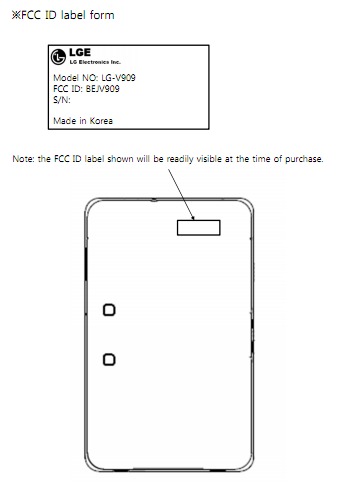 Take a peek first at the original release announcement (from CES 2011) for the LG G-Slate which’ll be carried by T-Mobile: video included. Then, check it out, this fabulous new tablet has popped up at the FCC in a patent application with the traditional super-stripped drawings with no room for mistake. This slate will be running on T-Mobile’s AWS frequency and will be working with Android 3.0 Honeycomb – the tablet OS!

Usually these sort of filings lend themselves toward a quick release, so get super pumped up and also watch the video here below. Model NO: LG-V909, FCC ID: BEJV909, Made in Korea.