For the past few years, T-Mobile has been hyping up its mobile Internet connectivity. We first heard about the LTE-Advanced technology in 2013 and soon expanded to other cities and regions in the US. Other carriers like Verizon and AT&T came up with their own but because of T-Mobile’s efforts and with its partnership with Qualcomm to bring Gigabit LTE and LTE Advanced, we’re seeing the service extended to more areas.

The year is ending with T-Mobile rolling out LTE-A to more markets all throughout the United States. We’re not talking about dozens of new cities getting LTE Advanced. There are now over 920 markets where the ultra-fast LTE connection can be enjoyed. Actually, it was ready as early as last week but it’s only now we’ve got access to a complete list of places covered. 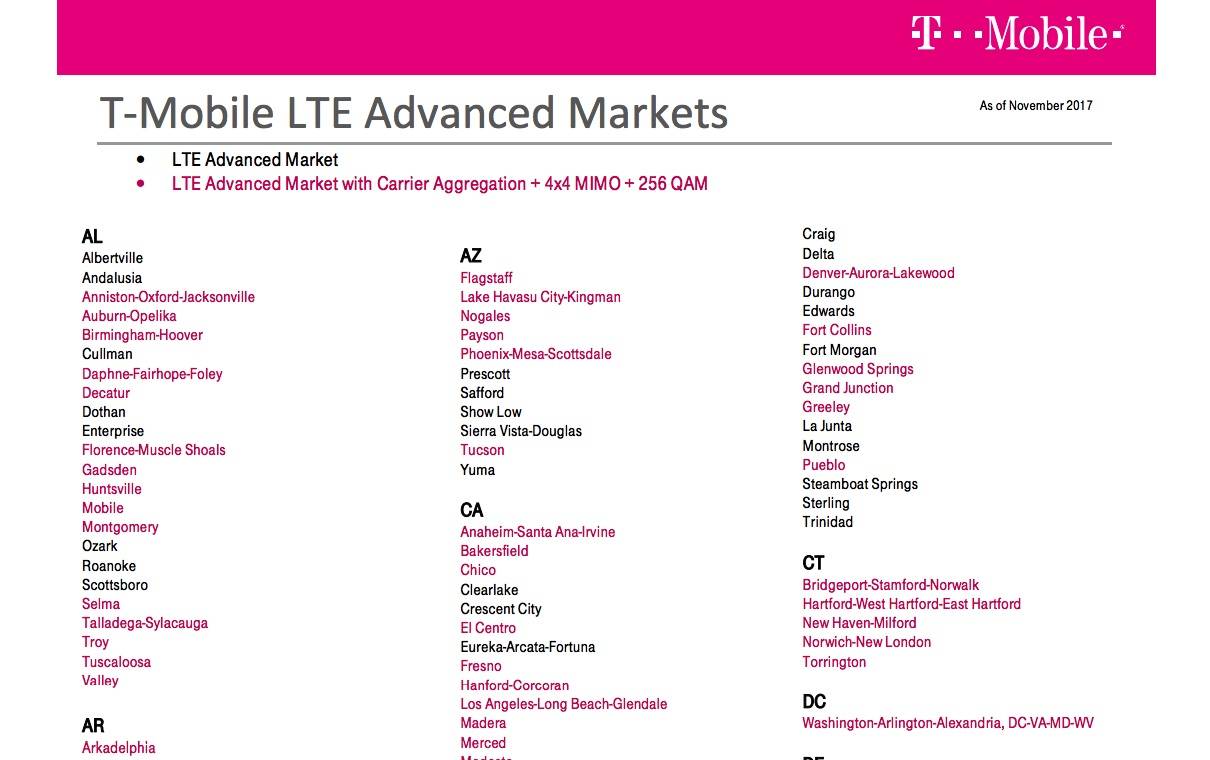 Throttling can still be expected but for this one, only after the 50GB is used. Check out the list HERE.