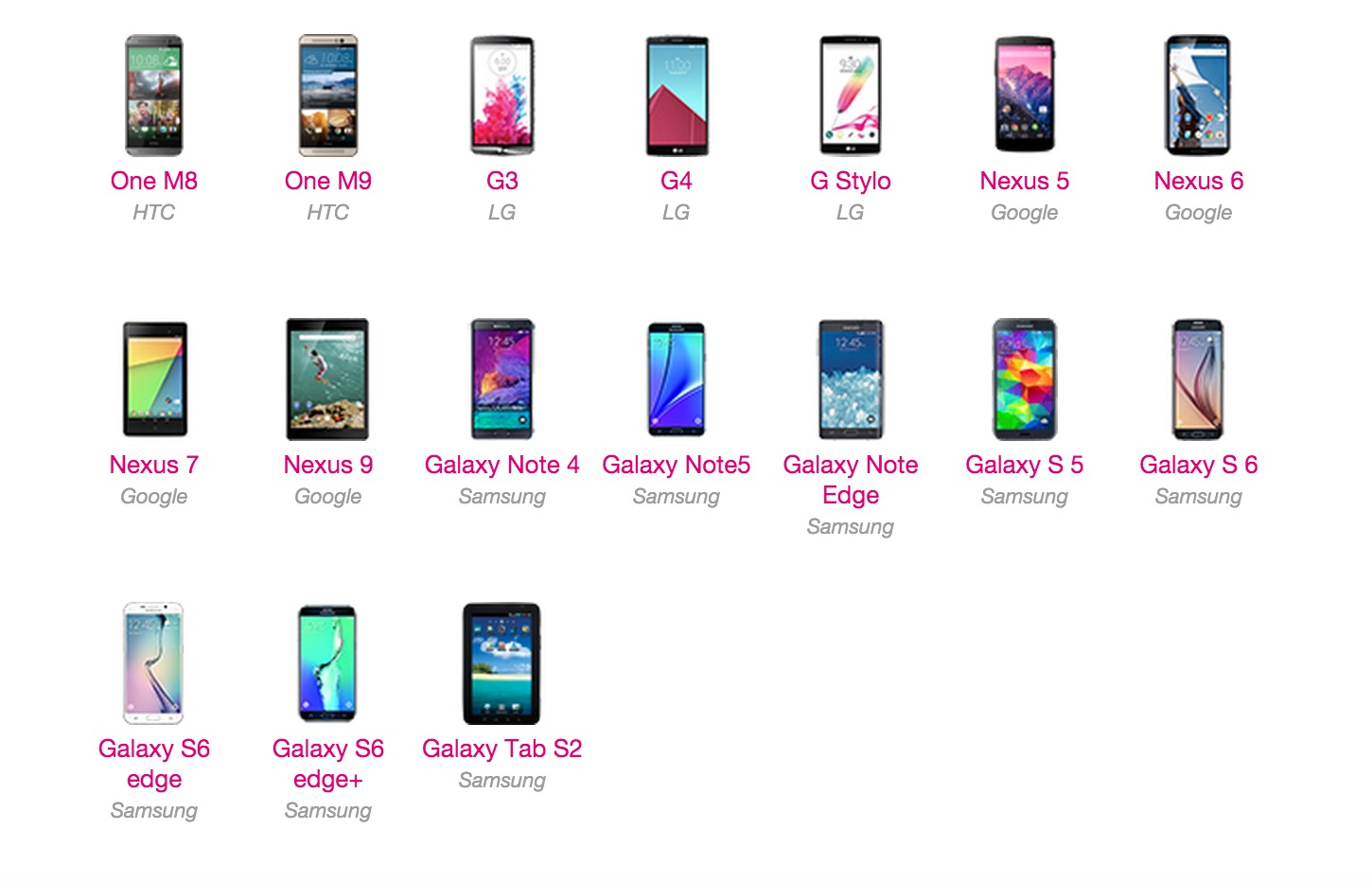 Officially, Google’s latest update for its Android mobile devices, Android 6.0 Marshmallow, is rolling out today, but of course to the Nexus smartphones and tablets first. But this means pretty soon, everyone with a newer or newish Android gadget will be expecting the update to roll out to them soon. If you’re a T-Mobile subscriber, then you can already check if your smartphone is guaranteed of an upgrade, as they released a list of devices that will be Marshmallowed soon.

The carrier also offered up a sort of detailed explanation of the process of updating to the newest Android version, probably to answer why it takes that long for the new version to roll out. It isn’t as simple as them just pushing the update since it’s a concerted partnership between the carrier, the software developer (which is Google), and the device manufacturer. Once Google has turned over the final build of Marshmallow, the OEM will now then work with T-Mobile to customize it to the device, including changes to device hardware, etc.

The update process consists of three stages. Stage 1 is Manufacturer Development where the OEM and T-Mobile have agreed to support the new software update. Right now, all the devices, except for the Nexus ones, are in this part. Stage 2 is the T-Mobile Testing where the carrier will make sure that you are getting the “best quality software possible”. When you get to Stage 3, which is called Completed of course, this means the update is now available.