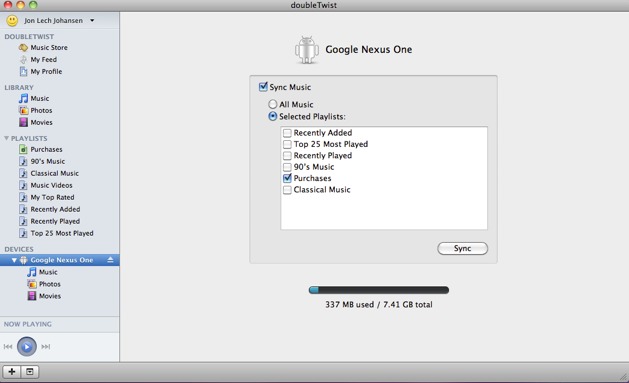 T-Mobile have already included doubleTwist with one of their handsets, the recently-launched myTouch 3G Fender Limited Edition, but according to TechCrunch the media management software will soon be bundled with a large number T-Mobile’s Android devices.  A deal is expected that will see T-Mobile distribute a custom version of the app with each Android handset sold, replicating the sort of functionality iPhone owners have come to expect from iTunes.

As for the customizations, it’s actually a feature omission rather than an addition.  T-Mobile USA have seemingly requested that the Amazon MP3 store – usually integrated into doubleTwist – be removed from their version; of course, Android users are free to download the full app from doubleTwist’s site.  Even if T-Mobile doesn’t preload doubleTwist onto a specific handset, they’ll be promoting the app in-store and in included documentation.