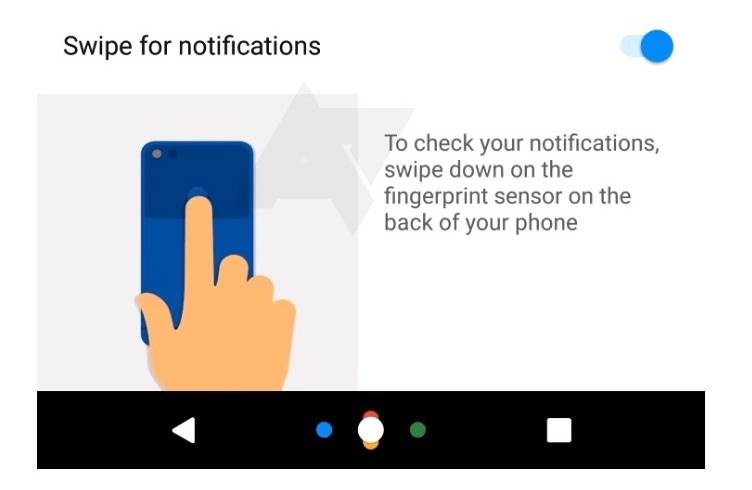 Google is set to introduce an important gesture to Android, specifically on the upcoming Nexus phones. We don’t know when exactly the tech giant is planning to release it publicly but the feature is expected to roll out before this year ends. The Nexus phones might be able to read a new gesture to open a notification shade with a simple fingerprint action. This means a fingerprint scanner or sensor will be a minimum requirement before the gesture control will be enabled.

Google may have gotten the idea from the Huawei who has a similar feature on its Honor phones. It’s quite useful and easy as a simple swipe down the fingerprint scanner is enough to show notifications. Gestures are welcome but the Android team has yet to make the most of them. There shouldn’t be any problem though as notifications can be manipulated with a few tweaks on the code or by activating some compatible apps.

The image that was shared online somehow tells us that there could be an electric blue version of the Nexus which could be the Nexus Marlin or Nexus Sailfish from HTC.

There’s another rumor that the home button will be a “flower”. The image shows some colored buttons which will be used for different features and functions on the upcoming Nexus devices.