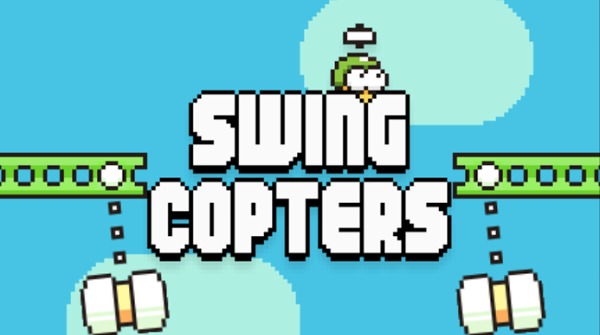 So that dreaded day has finally arrived. .GEARS (“dot gears”), the studio owned by Flappy Bird creator Dong Nguyen, has finally unleashed Swing Copters to the masses. Now we wait and see whether this game will be yet another hit like its predecessor, though the absence of in-app purchases should at least give you and your wallet some peace of mind.

Just the other day, we got a glimpse of Nguyen’s next game, Swing Copters. The game still wears that Super Mario-esque visuals that was part of Flappy Bird’s appeal. The goal of the game sounds simple enough. You have to navigate your character, who wears a propeller hat, through ascending levels of obstacles which you, of course, have to avoid, lest you plunge to your comedic death. That said, they always say that the devil is in the details, and that is especially true in this case. 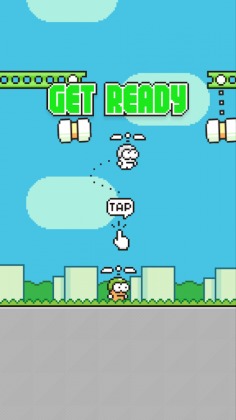 The game is absolutely deceptive in its simplicity. Tapping launches your oddball character and further taps changes his (or her?) direction. Easier said than done, however, as you will sometimes have to tap like crazy to control its (or his or her) speedy ascent. To call it frustrating would be an understatement. But that is, once again, it’s appeal. Frustration leads to challenge, and challenge leads to addiction. Plus, the somewhat hilarious way you fall to your death slightly removes the pain of failure and sometimes makes it even more worthwhile.

As mentioned, Swing Copters is available, on Google Play Store, without any price strings attached. There is, however, an ad space at the top that appears only when menus also appear. Beware, however, of imitations, as there are many who would wish to capitalize on its creator’s popularity and mislead unwitting users to their own doom.