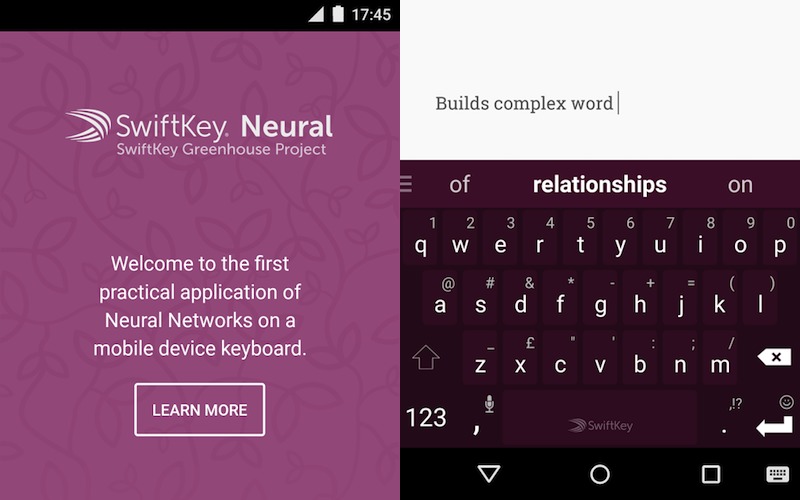 SwiftKey is one of the more popular on-screen keyboards available on mobile devices in the market today. We’ve seen and tried a number of iterations already since the app’s launch five years ago. The paid keyboard app remains to be a favorite of many Android users and even some carriers and OEMs are pre-installing it on devices.

The SwiftKey developers have worked hard on this app raising millions in funds to improve the system. The company also managed to release another app, the SwiftKey Cloud, proving that the devs mean business. This time, SwiftKey is introducing a new keyboard software that is expected to show mobile users what being a “smart keyboard” is really all about.

Called the SwiftKey Neural Alpha, this keyboard software for smartphone is the first in the world that makes use of an artificial neural network to correct and predict language. Predictive keyboard still works but it doesn’t always bring up the exact word you want to type. This app is said to be smarter than ever as it can understand the context of the sentences. SwiftKey’s newest technology is based on neural networks so it should understand not just your language but really the context of what you are trying to say (or type).

Instead of ‘n-gram‘ technology, this new SwiftKey program uses a neural network to understand and provide assistance to the user. This neural model is supposed to understand word similarity.