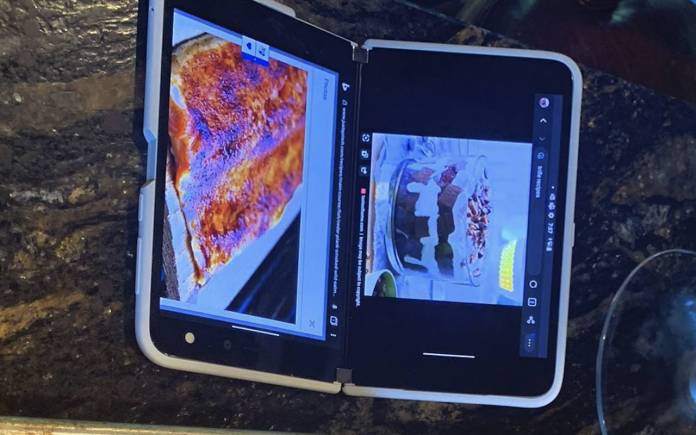 The Microsoft Surface Duo is about to be unveiled. We don’t know when exactly but we feel it’s going to happen soon. It may not launch before the Galaxy Unpacked 2020 event but we’re just glad to know the phone-tablet hybrid (phablet) appears to be ready. That is, if we are to believe the several teasers and leaks being shared online. Surface Duo production has begun and Microsoft execs have been seen using or demonstrating them. The device has dropped by the FCC which means release may happen soon.

The latest Microsoft executive to show off the Surface Duo is Vice President Brad Anderson (@Anderson). He posted a Surface Duo surrounded what appears to be giant food items–salmon and some cold dessert. The device looks small compared to the uncooked fish on a tray and ice cream on a big container.

Anderson showed what could be done with the Surface Duo’s two screens? Prepare two food items–one main course and the dessert at the same time. We like the idea of multitasking even in the kitchen so this one could be a winner.

The Microsoft Surface Duo unit here appears to be consistent with what we’ve already seen from Frank X. Shaw and Liat Benzur. Brad Anderson was also sighted showing off the Surface Duo on a hands-on video. 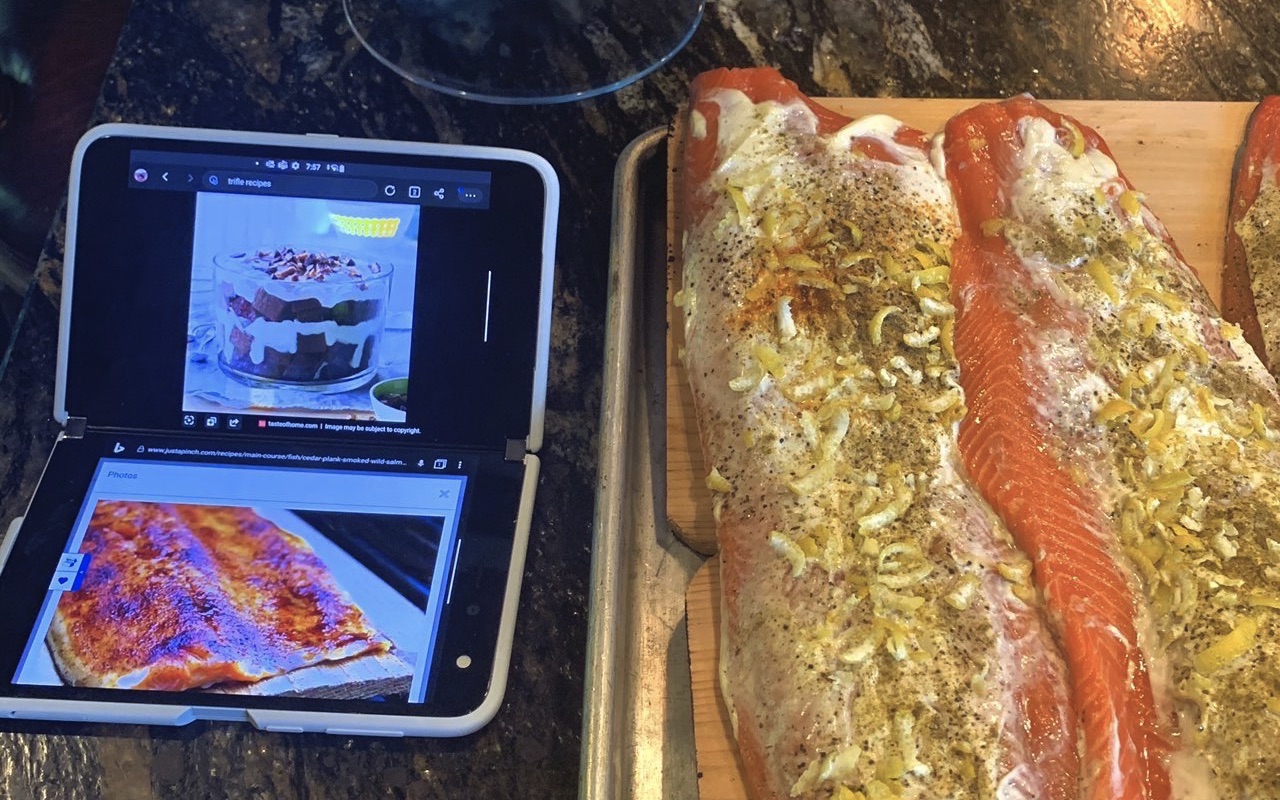 Here’s another video where Brad is using the Microsoft Surface Duo:

What’s more noticeable in this photo is the thick case and the top status bar plus the thick bezels. The device is being used in a portrait position so you have two screens: top and bottom. It’s the first time we’ve seen the Microsoft Surface Duo being used in this orientation. Usually, it’s used another way, showing two screens: left and right. The white line at the bottom (right display) is consistent and so is the white round button on the left.