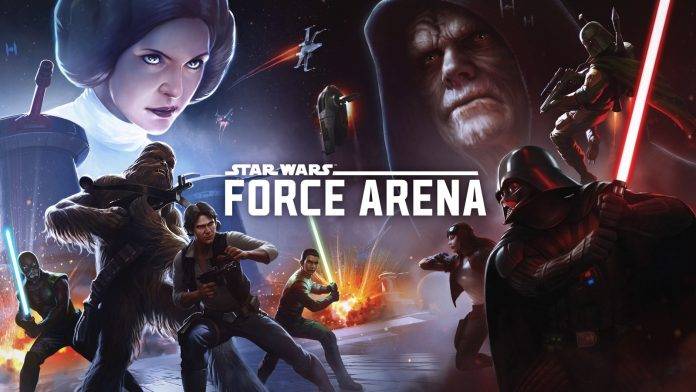 The Force is stronger now as the ‘Star Wars: Force Arena’ game is finally ready on the Google Play Store. It was opened for pre-registration last November. We know a lot of you are delighted with the news because the game has been on limited beta for some time. Now, anyone on Android can download the game and start a new adventure in a galaxy far, far away.

The ‘Star Wars: Force Arena’ isn’t just another Star Wars game. The iconic heroes and characters you love are all there. Even the new heroes from ‘Rogue One: A Star Wars Story’ are included so don’t be surprised if you suddenly see Jyn Erso and Cassian Andor part of your team battling against other players. There are about 80 characters and units you can upgrade so you can achieve the victory in all galaxies.

You need to gather up the squad featuring all your Star Wars superheroes. You can choose to play on your own or get your friends to fight with you in Guild mode. You need to be strategic in this game. Your skills will be challenged but you can be more powerful if you work with another character. You may fight best with a partner. Think Han Solo and Chewbacca.

Game is free to download but numerous in-app and boost items are being offered.