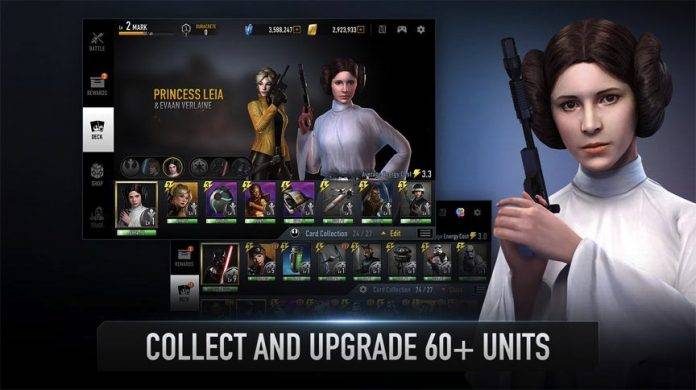 ‘Rogue One: A Star Wars Story’ is scheduled to be released next month. Fans of Star Wars are anticipating for the second instalment from the sequel trilogy. Believe it or not, there are people already wanting to reserve tickets for the movie screening. Just like last year, expect tickets to be sold out. More new merchandise will also be released so we hope you won’t get tired of seeing all things Star Wars in the coming days, weeks, months, and yes, even years to come.

One of the most exciting things to arrive this year is the new mobile game entitled ‘Star Wars Force Arena’. It’s currently open for pre-registration. Just sign-up and get listed to be notified for when the game is available to download. Expect to receive an e-mail on the day of release so you’ll be one of the first to enjoy the game.

Rewards will be given to the thousands of pre-registrants. If the number reaches 10,000, each one will receive 250 points. First 100,000, will receive 700 points. Ten million registrations will be eligible for 1400 rewards. Pre-registration on the Google Play Store is now open. Get as much as 10,000 credit and 1,400 crystals if you register this early.

In ‘Star Wars: Force Arena’, your journey will have Star Wars characters combating enemies and other players. The battle for galactic dominance will never stop as your squad continues to become more powerful. Each character and unit can be upgraded so get ready to reap more rewards, bonus items, and special characters.

Play the game in 1v1 or 2v2 real-time mode. Join forces with other gamers from all over the world and experience how to command duos and lead a legendary squad.