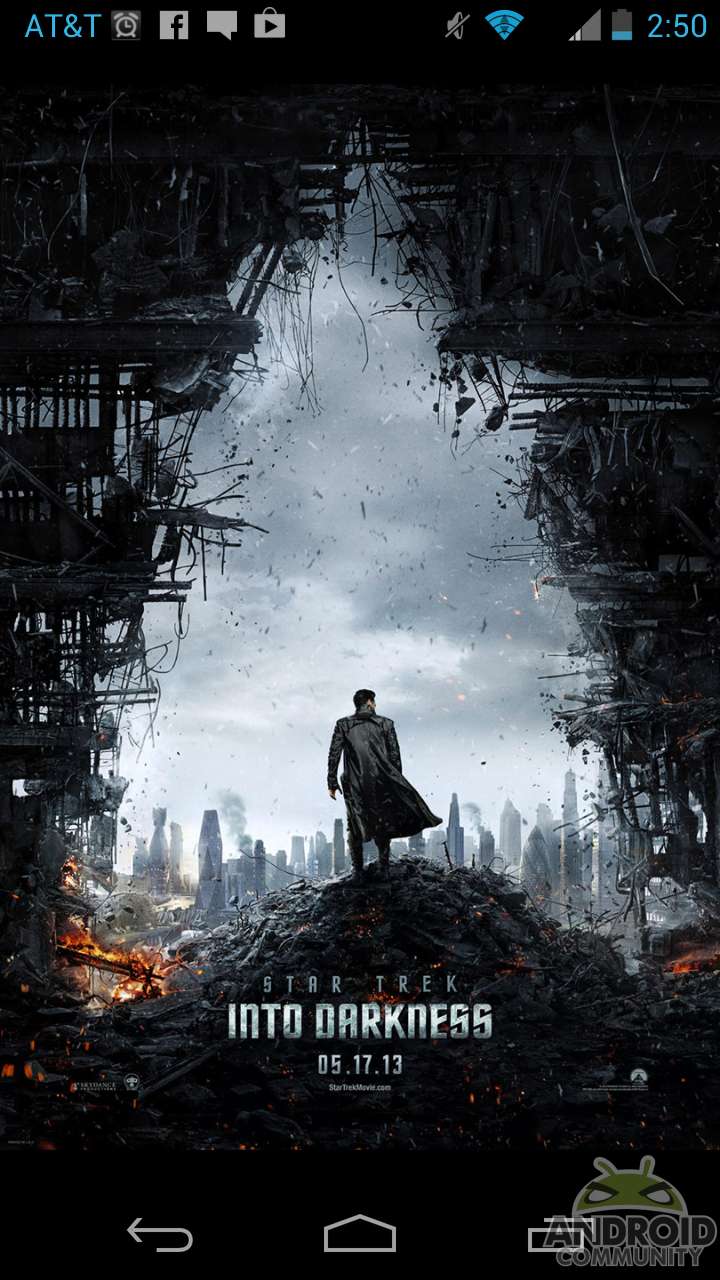 J.J. Abrams may be moving onto a different space franchise in 2015, but for now, all eyes are on his upcoming film Star Trek: Into Darkness. The movie doesn’t hit theaters until May 17, but today Paramount Pictures has released the movie companion app. The Star Trek: Into Darkness app exists to get users excited for the movie, having them scan real-world images and trailers to unlock bonuses and earn points.

Specifically speaking, the app will have users doing three main things: traveling to different real world locations, snapping pictures of promotional images (like the movie poster for Into Darkness), and using an “audio scanner” to allow the app to listen to the audio from trailers. Completing these missions earns users points and unlocks Star Trek: Into Darkness content in the app.

Paramount claims that users can unlock new Star Trek content by completing missions in the app, and those who complete enough missions will receive special offers that are only available in-app. Essentially, it’s perfect if you’re really excited for Star Trek: Into Darkness, but will have limited appeal to those who don’t care as much. Still, we have to admit that the idea of interacting with the real world to unlock stuff in an app is pretty cool. 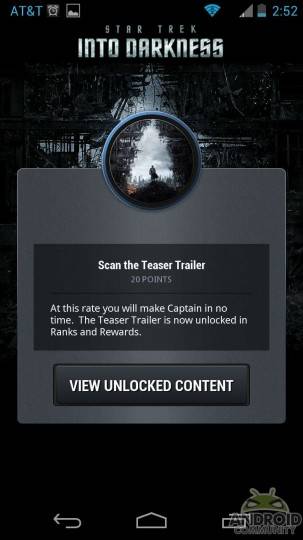 The app is helped along by Qualcomm‘s Vuforia augmented reality and Gimbal platforms, and you may remember the company bringing this app up during its CES 2013 keynote earlier this year. If you’re a big Star Trek fan and want to track down promotional content to unlock it on your phone, then this app is definitely for you. It’s live on the Google Play Store today [download link] for the very reasonable price of absolutely nothing.