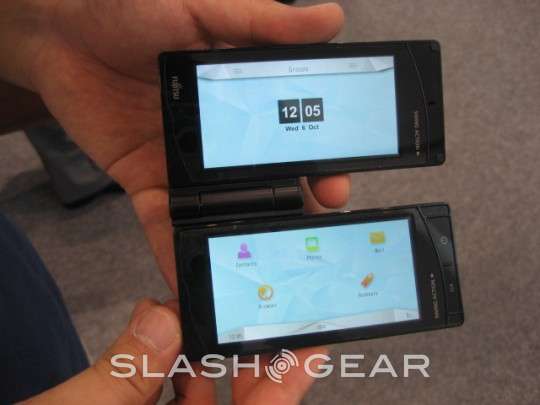 Sprint is expected to launch a dual-touchscreen smartphone made by Kyocera later today, pairing two 3.5-inch touchscreens and running Android. According to the WSJ, the Sprint Kyocera Echo has what’s described as a “pivot hinge” – presumably a double-hinged arrangement – which allows one screen to fold back against the other out of the way. We’re imagining something similar to Fujitsu’s prototype, shown here.

According to the source, “users can accomplish multiple tasks on the two screens, or drag items from one screen to the other.” This isn’t the first we’ve heard of a dual-display Sprint device; leaks back in mid-January suggested the same thing, though the exact nature of the functionality is still unclear. Android Community will be at the Sprint event in a few hours time, so we’ll have all the details as they’re announced.