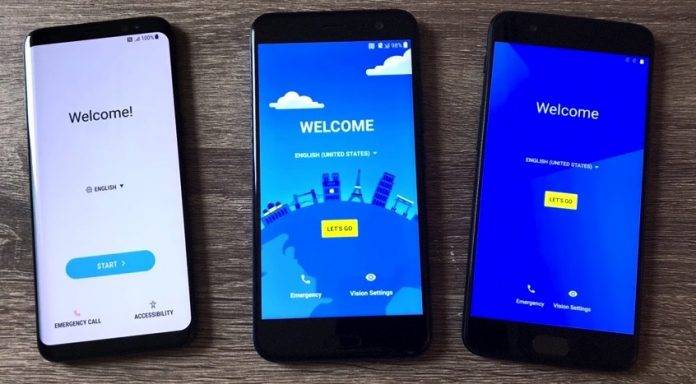 Some companies may be already checking what the Snapdragon 845 can do but there is still the Snapdragon 835 to focus on as the processor is used in a number of the latest premium flagship phones recently released in the mobile market. So far, we know these phones use the most premium chipset from Qualcomm: Samsung Galaxy S8, OnePlus 5, HTC U11, Xiaomi Mi 6, and Sony Xperia XZ Premium.

For this speed test, YouTuber Jerome Ortega compared three phones: Samsung Galaxy S8, HTC U11, and the OnePlus 5. All phones have one thing in common which is the processor so we’re expecting they are faster than ever.

For the specifics, here are the versions installed on each phone:

The HTC U11 and OnePlus 5 have exactly the same versions. Both the HTC and Samsung phones run 4GB RAM while the OnePlus 5 runs on 8GB RAM.

Our tech guy started with a boot test and the OnePlus 5 boot up first. The speed test idea is to open 20 apps on each phone and see which one will launch all first while a timer runs in the background. The first phone to launch all apps is the OnePlus 5 finishing at 1 minute and 51 seconds. The HTC U11 finished after three seconds later at 1:54. Last to open the apps is the Samsung Galaxy S8 finishing at 1 minute and 2 seconds. 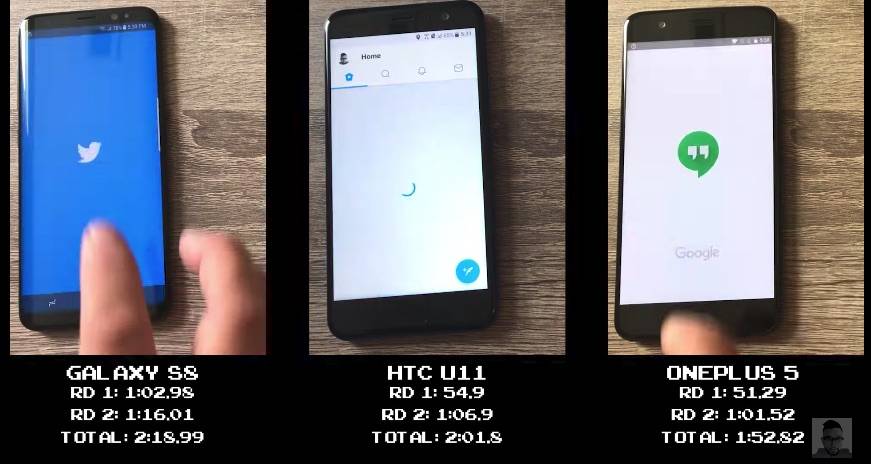 For the second round, apps are relaunched from memory. The OnePlus 5 finished after 1:01 while the HTC U11 followed at 1:06. The Samsung Galaxy S8 came in last again at 1:16.

So does it really matter that the OnePlus 5 is loaded with 8GB RAM? Looks like it but we want to know for sure how the device performs in real working condition.