The last Sony Xperia phones we featured were the Xperia R1 and R1 Plus launched in India with different RAM and storage. The past few months, several Xperia phones have been receiving software updates. We’re anticipating for the next Sony phone to be unveiled but details are scarce until this week when a Redditor posted a specs list of the next Xperia flagship.

Reddit forum member CUSALE posted an photo of what appears to be a list of the specifications for a Sony branded smartphone with model number H8541. The phone is said to be equipped with a 5.7-inch 4K HDR TRILUMINOS Display, X-Reality for mobile, Corning Gorilla Glass 5, 4GB RAM, 64GB onboard UFS storage, Nano SIM support, WiFi Miracast, DLNA, NFC, USB 3.1, USB Type C, and 3420mAh battery with Smart Stamina and Qualcomm Quick Charge 3.0 tech. Powering the Sony device will be a Qualcomm Snapdragon 835 processor and Android 8.0 Oreo. Dimensions are 149 x 74 x 7.5 . 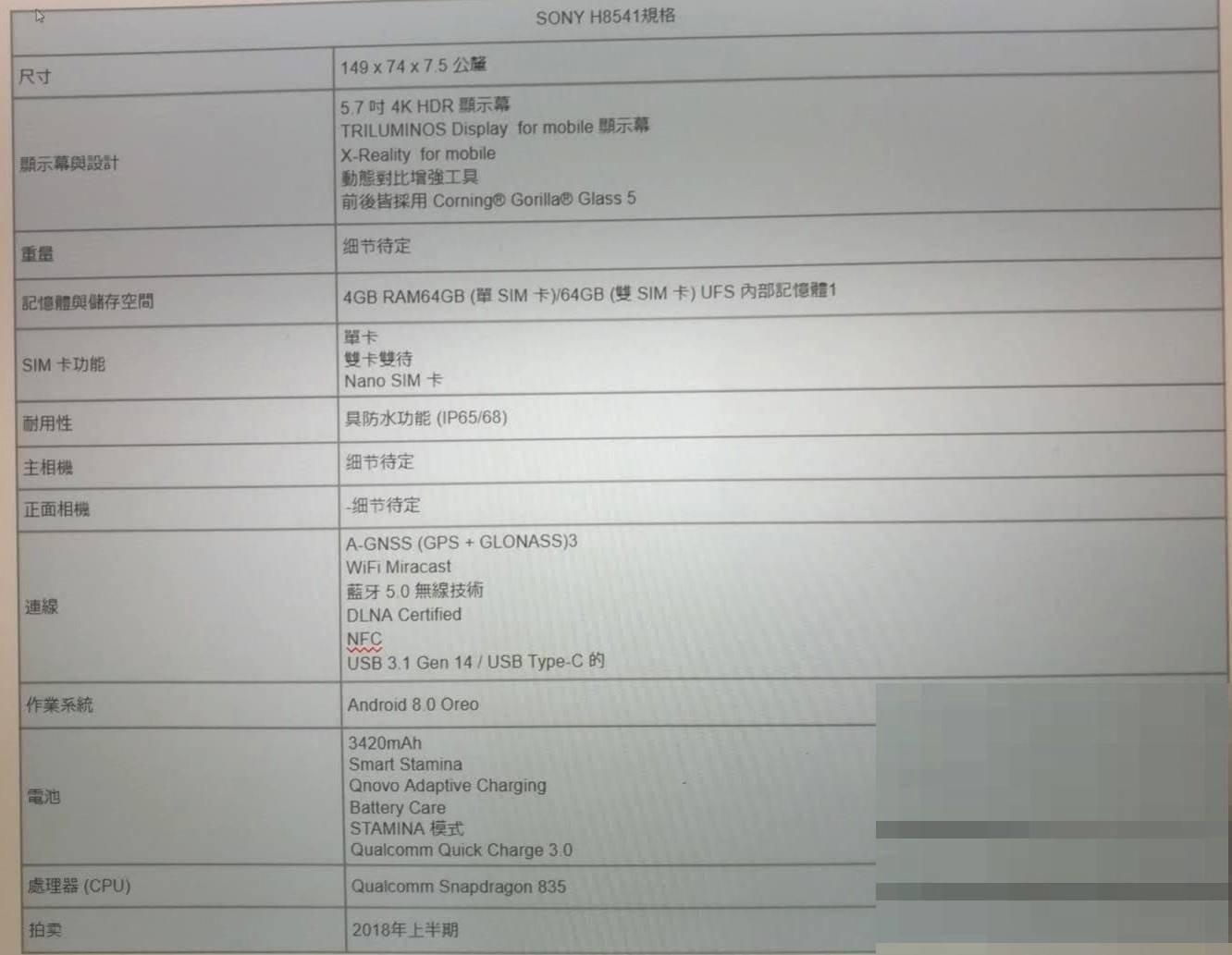 Someone noted the specs are similar to the XZ Premium but the mystery phone has a slightly bigger display. The original XZ Premium has 5.5-inches while this one has a 5.7-inch–a minimal difference. It could be because the next Xperia phone will be bezel-less. The battery appears to be slightly bigger too so it’s an improvement.

We can expect Sony to show off a new Android phone at the CES 2018 but the flagship model may be announced at the Mobile World Congress the following month. We’ll see.