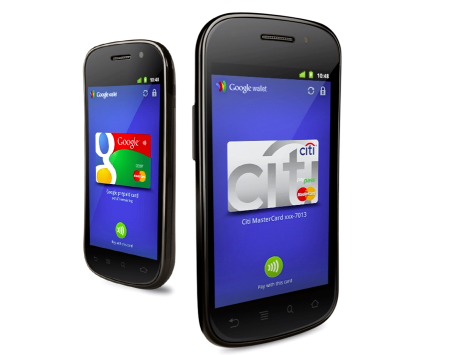 For those that might have somehow missed all the announcements today about Google Wallet and Google Offers you can see all of our coverage on that by clicking here. Google is rolling out a NFC system that they hope will revolutionize the way we purchase things in stores, and online. Hit up the coverage above for all the details and information. Google Wallet will be launching later this summer and you can simply tap your phone to terminals to buy things, save for later and more. Neat stuff is coming but what about those with older phones lacking NFC, they have you covered.

According to Techcrunch who was at the event to ask questions, Google has plans to take care of all current Android users that do not have NFC. (Basically every phone but the Nexus S). They mention that Google will be provided special and secure stickers that will allow a single payment source or credit card access to your Google Wallet. What this sounds like is a sticker will relay the information over the cloud or some how be integrated into Google Wallet and allow all users to partake in the fun.

Sounds a bit odd though. Where would we put this sticker, on the back of our pretty phones, maybe inside the battery cover? I know a company by the name of Tyfone has been adding NFC chips into MicroSD cards and almost all current android phones have MicroSD slots so that would be another easy route for us users lacking NFC. This sticker news has just been released so we will report more when we hear anything.