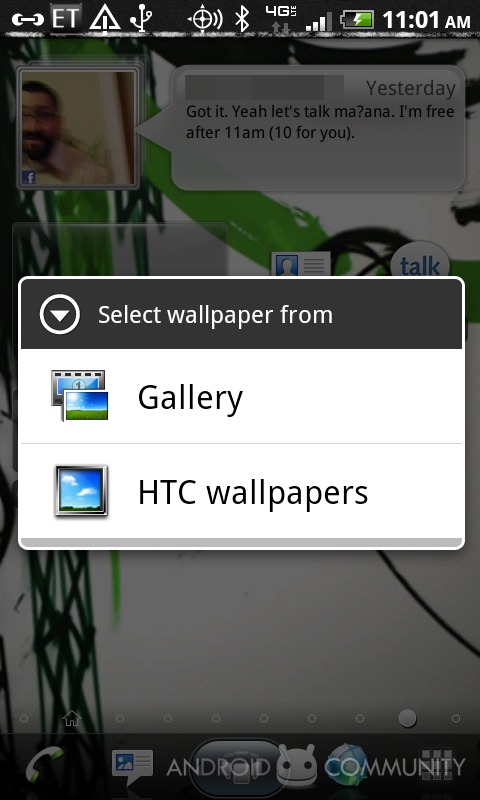 Welcome to your first – no, second glimpse of a home screen replacement that you’re going to basically flip out over – the first look you got was back when we were hanging out at Mobile World Congress 2011 in Barcelona, Spain, at the official Google Pod where we were given a full tour. And what’s this amazing environment called? SPB Shell 3D – it’s an interactive 3D animated environment for you to work in on your Android device. It doesn’t POP OUT at you, it’s not that kind of 3D, it’s made to work on ANY Android device with Android 2.1 and higher and it’s set to work into the future without fail.

What I first assumed with this whole project was that it was just for fun. I thought that the enjoyable to watch animations and flipping around in a circle were just for play, that they really served no purpose. I was wrong, oh my goodness I was so very wrong. What we’ve got here is not just a homescreen replacement allowing you to choose how your Android device interacts with you – it’s an utterly lovely upgrade to the system, supposedly using LESS battery power than an Android Vanilla build, and with much more amazing graphics flying here and there, plus there’s thing like unfoldeable folders, new wild widgets, tiny aesthetic improvements, and more! 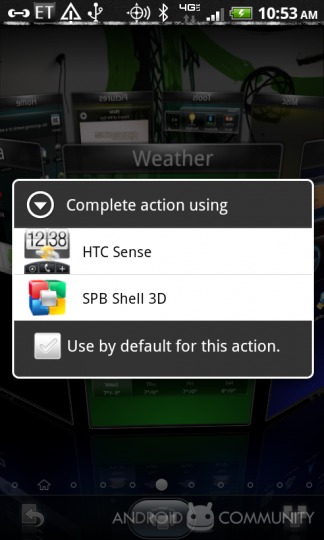 Take a peek at this video where I explore SPB Shell 3D and you’ll see what I mean:

What you’ve got here is a vast array of possibilities with the ability to add or subtract panels to and from your home set of screens, each of them containing widgets, shortcuts, and app thumbnails both like you’re used to and in a new SBP set of ways, including, but not limited to, 3D animations. Each panel sits in a carousel next to the rest of your panels as you place it in the editor. While you’re in edit mode, you’re allowed to store panels in a 3D pile, change the names of each of your panels, or change the colors of each of your panels. Colors only appear in the editor and in the 3D carousel, same with names, and to edit the contents of each panel you must be in your normal homescreen edit mode. 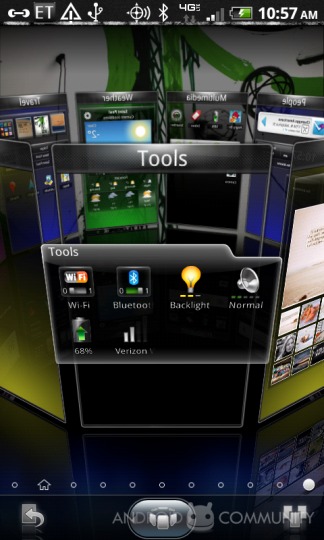 In the 3D carousel mode, you’ll see animations of the widgets SPB has prepared, each of them either functioning to show you a preview of your widget’s functions, or to show you bits that you’d otherwise have to enter the widget to see – for example messages will pop up and loop around in the air, each of them just large enough to peek at. Panels in regular homescreen mode appear very similar to what you’re used to in HTC Sense or ADW, one of their only differences being the transition between panels being a bit more dynamic. 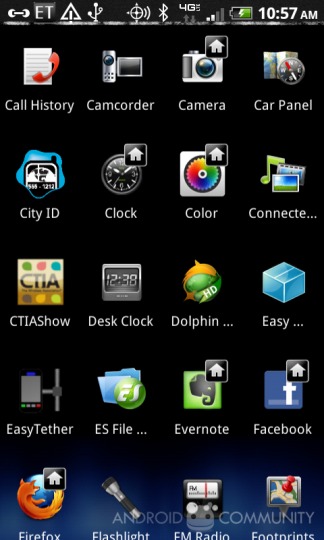 Once you’re out on your desktop and you’d like to add an app to your desktop, you head to your app drawer as you normally would. You’ll notice a flat scroller and a splash of blue, and you’ll see that apps that are already appearing on your panels in your homescreen are marked with a tiny homescreen thumbnail. When you long-press an app, your homescreen panels appear, but you’re also allowed to place this app in a tray that only appears when you’re in this app re-arrangement mode. Very helpful! 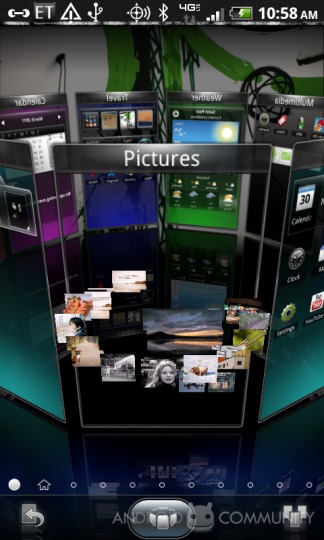 Widgets behave exactly as they normally would, but your brand new SPB widgets are fabulously 3D in nature, flying here or there when you view them in preview mode in your 3D carousel, and in at least one case (for now) you’re able to see the 3D movement on your homescreen. The single widget that can be activated for 3D on your homescreen panels is the world time viewer, each of the times popping up around the world for you to view from a spaceship’s point of view. 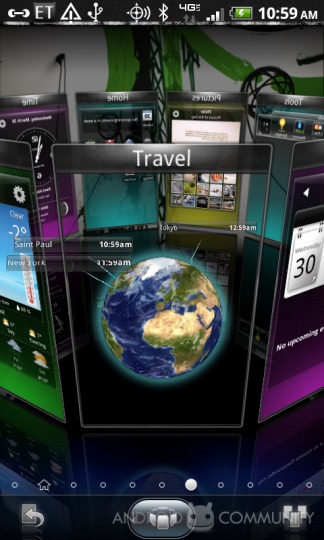 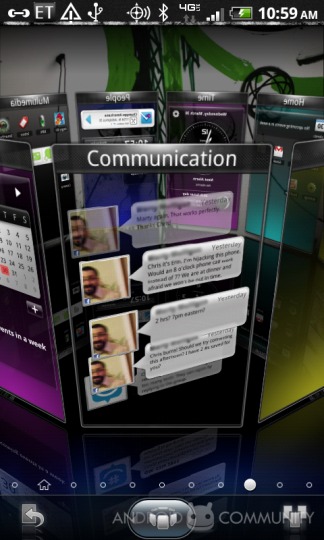 It’s a completely new way to look at Android without changing the heart of the user interface. You still know you’re using Android, but in a lovely new way that doesn’t bog down your system in the least (or so it appears thus far), adding to the enjoyment you get out of simply moving back and forth between apps as well as leading toward more productive days. You’re able to customize your Android experience in a way that’s only otherwise been available via hacking and rooting your system – this homescreen replacement is available in the Android Marketplace and does not require hacks at all. 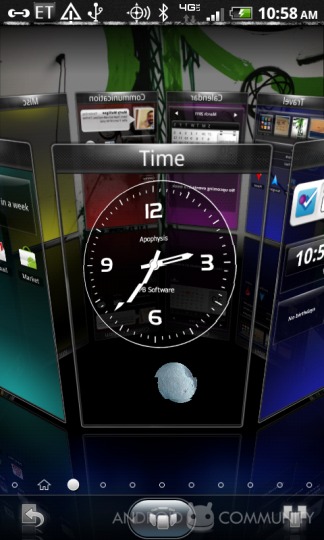 This system comes in the form of an app and will run you $14.99. If this is more than you generally spend on an app you plan on using every single day, still consider it. It’s a great system, these folks are 100% legit (Google invited them to show off this environment at the Google Pod in Barcelona!), and it’s utterly enjoyable and nice to work with. [grab it here!] 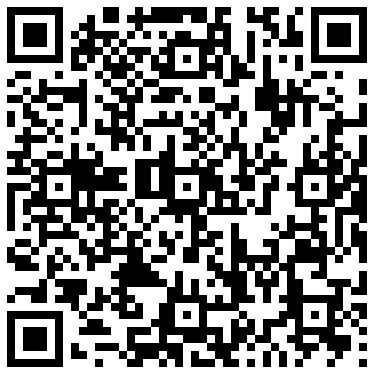