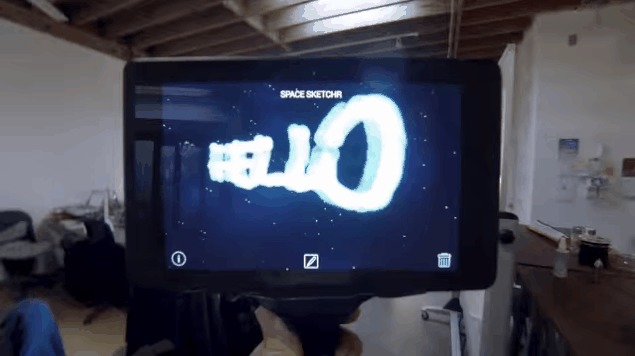 We’ve talked about Project Tango before – Google’s high tech tablet that is able to render stuff in 3D because of its multiple cameras. Google recently made the ultra-high tech tablet available to app developers, looking towards a strong app ecosystem for when it releases the tablet to market. That’s a good decision, we think, as apps like Space Sketchr are stretching the ideas of 3D execution and application.

Space Sketchr is a demo app developed by Left Field Labs, an app design studio based in California. At first, you would think there is nothing special about a simple drawing app which lets you pick your colors, the size of your pen, and other such standard details. But because Tango is able to track the tablet’s movement through 3D space using embedded motion-tracking technology, it can track your drawing in relationship to the tablet. The result is a 3D drawing – or really, a digital sculpture. Take a look at the video below to get an idea.

The technology in Project Tango that makes this possible is its motion sensor, coupled with a gamut of cameras that give the operating system an idea of “where it is” in relation to its environment. The tablet is also powered by a kick-ass NVIDIA Tegra K1 processor with oodles of RAM – 4GB of it in fact. 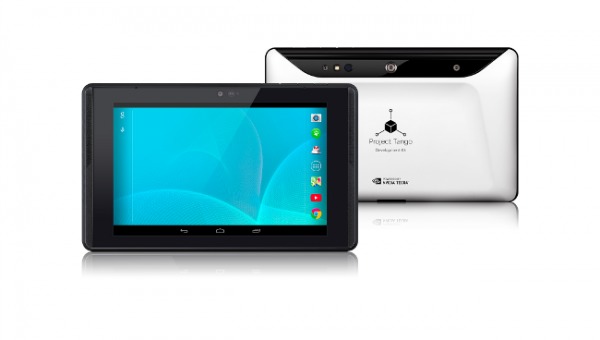 With more and more people playing around with Tango tablets, we might just see more and more apps of this kind – the kind that leverages on the bleeding edge 3D tech provided by Tango. Space Sketchr is even available at the Google Play Store, for the few of you who got your hands on a Tango.