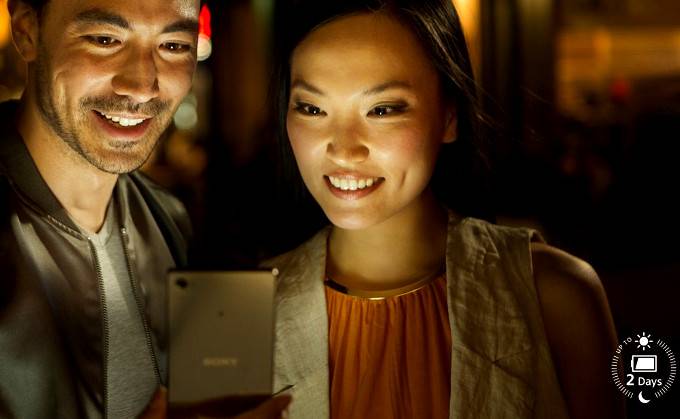 The Xperia Z5 from Sony boasts of having a 4K display screen. It’s the first smartphone in the world to have that high resolution display with about 800+ ppi pixel density on a 5.5-inch screen. Ordinary eyes may not notice the difference but it’s certainly higher than the already stunning display of the Galaxy S6. Samsung’s 2015 flagship phone features 577 ppi on a Quad HD Super AMOLED screen. Go figure the difference between the two.

Others are saying that display is only 1080p when screenshots were taken even if display has 2160 x 3840 resolution. So is it really 4K? Well, there are talks that hint the smartphone doesn’t run the screen resolution all the time and 4K media files can be found in the native gallery and player by Sony. In normal Android interface, you won’t always get 4K media. There’s really not much difference in appearance to the naked eye and 4K files all the time may place a heavy load on the system or even the battery.

The smartphone is powered by a Snapdragon 810 and as we all know, there are some “overheating” issues that made some manufacturers not to use it especially on flagship models as it might pose further problems. Samsung used the Exynos 7420 instead while others like HTC said they used the latest version of the S810.

Enabling 4K on default may hurt the system. Using it whenever necessary makes sense because really, can you see the difference on mobile? So this 4K thing, it’s more of an on-demand feature. It’s smart of Sony to be mindful of the phone’s performance. In the future, I know time will come when 4K will be the default setting of photos and video–someday when smartphones or tablets are more powerful and are capable of more memory and have blazing fast processors.

The Sony Xperia Z5 Premium is also described as having a 2-day battery like the other new variants, the Xperia Z5 and Z5 Compact. It’s just an “on-demand” feature. It really is the thing with the Z5 Premium because phone doesn’t always use 4K–only 1080p. That’s the main reason my the Sony Xperia Z5’s battery can last longer despite the “4K” tag.  It’s puzzling alright but now we know why and how Sony can claim such long battery life.