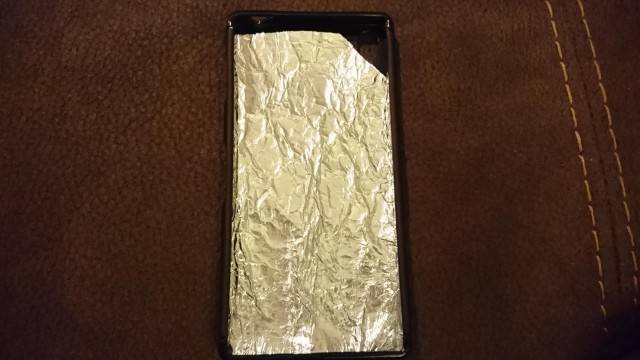 Qualcomm will have to own up to this at some point, but the performance issues that haunt the Snapdragon 810 processor are forcing Sony Xperia Z3 Plus users to extreme measures. It might be that the current Sony flagship shipped with the initial SD810 batch, that is why it suffers from performance throttling issues when the processor heats up. But it shouldn’t come to this – the smartphone’s users turning to DIY solutions like aluminum foil to combat the heating.

The problem is this – when the Snapdragon 810 processor in the Xperia Z3+ begins to heat up, maybe due to prolonged use, the smartphone’s software begins to throttle performance. It even goes to the point where it force closes apps just to make sure that the processor doesn’t heat up too much. To this, XDA member “shecter7” has had to use regular kitchen foil and an Xperia external casing to battle the heat.

What he did was apply several layers of kitchen foil – six layers, to be exact – to the back of the phone to help in dissipating the heat from the processing unit. The result was not too bad – getting back at least 5% of the phone’s performance even as the temperature rose. Via benchmarking, he was able to measure that with the DIY foil attached, the phone retained 80% of its performance during max temperature levels. The performance was at 75% without it. The images below show the graphs with and without the foil. (Top image without foil, bottom image with foil) 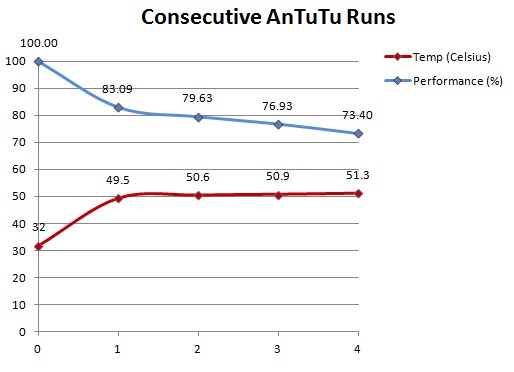 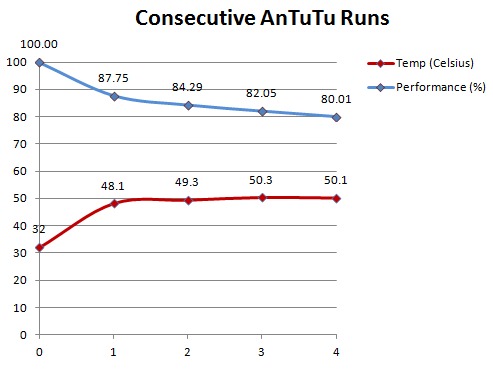 You can check out the graphs, but it will tell you one amazing thing. The Sony Xperia Z3+ loses around 25% of its processing power when the processor heats up. From the premium price you pay for an Xperia device, this shouldn’t even be happening, right?