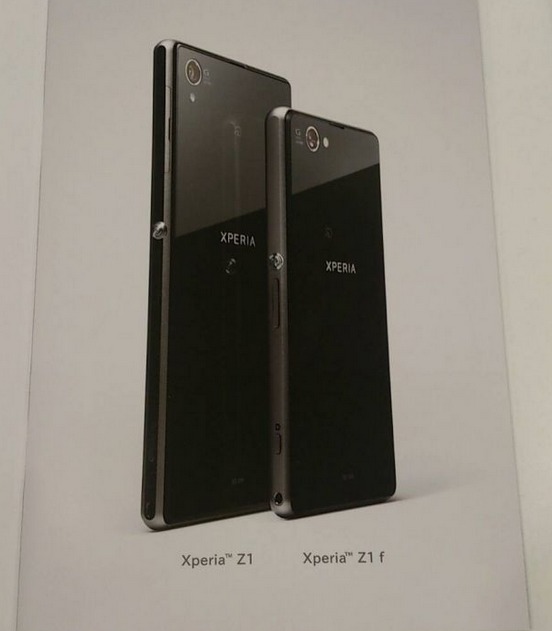 It looks like some details of the Sony Honami Mini have been leaked. This isn’t the first time we have seen leaks dealing with this model, but this latest round is said to have come by way of Japanese carrier NTT DoCoMo. Perhaps more important, this latest leak does have an image and some specs for the Sony Xperia Z1 f with model number SO-02F.

The mention of the Honami Mini model number sits alongside mention of the regular-sized Sony Xperia Z1 with model number SO-01F. Anyway, the leak comes by way of the folks at Xperia Blog and while there is nothing suggesting these have been faked — as with any leak and/or rumor — we should always be a bit skeptical. With that warning out of the way, those specs look to begin with a 4.3-inch display with a resolution of 1280 x 720.

This would be in comparison to the regular-sized Xperia Z1 which sports a 5-inch 1080p display. Otherwise, remaining specs for the Xperia Z1 f suggest the handset will simply be a smaller version of the Z1. The leaks shows the Xperia Z1 f as having a Snapdragon 800 processor with 2GB of RAM, 16GB of internal storage, a 2300 mAh battery and 20 megapixel rear-facing camera.

This color lineup does have us wondering about an earlier leak though. Back in mid-September we saw the Xperia Z1 Mini leak and at that time it was showing the handset in purple. This seems to go against this latest leak. Otherwise, we have yet to see much in terms of release details for the Xperia Z1 f, however as we have seen, Sony has been rolling out the Xperia Z1 and those curious about some first impression thoughts may want to check out our earlier hands-on.