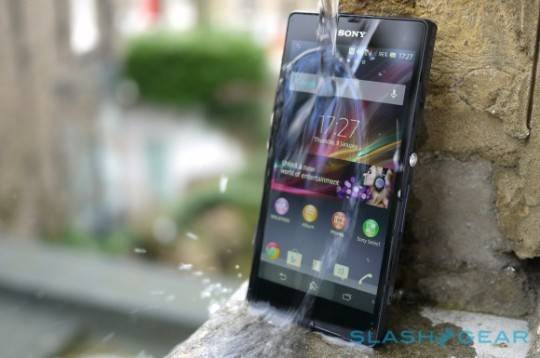 Today during the D11 conference we learned some exciting news for all you Sony fans. The companies CEO Kaz Hirai took the stage and had a few things to say about their products, the Xperia Z, and even mentioned we’ll be seeing it arrive on US carriers soon. Sony’s been making some stellar smartphones, but sadly the US hasn’t been able to enjoy them but that will soon be changing.

Sony’s current flagship smartphone is the impressive 5-inch 1080p Xperia Z, which by the way is waterproof, among other things, and soon enough you’ll be able to get it stateside. We’ve seen images leak with T-Mobile branding, and some odd FCC filings also give credence to the idea that AT&T might also carry the smartphone.

Sadly that’s about all we know at this point, as the comments were short and to the point. Sony’s CEO Hirai stated the Xperia Z is “expected to arrive on a US carrier shortly,” but didn’t share details on which one so we’re still left wondering for now.

The device went up for sale in the US unlocked earlier this month, and was also spotted at the FCC with T-Mobile 4G LTE, as mentioned above, so most likely they’ll be the first or only carrier on board. We’ve been expecting an announcement from both parties, but this will have to do for now until everything gets squared away. For all those who love a good Sony smartphone, get excited for the Xperia Z to likely hit T-Mobile this summer.