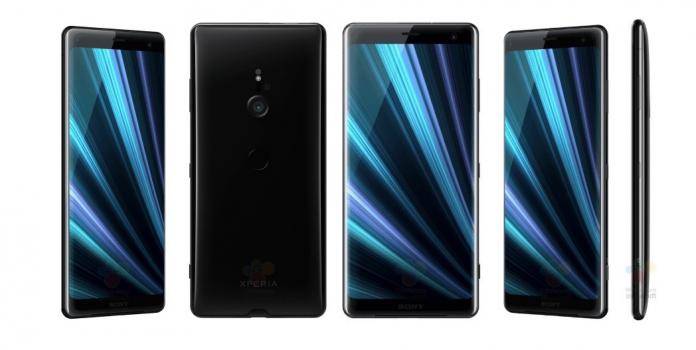 It’s been months since we started featuring the Sony Xperia XZ3. The next phone offering from Sony has been leaked since June and we really thought it should have been the Xperia XZ2. An initial image was leaked showing a familiar Xperia design but still with no notch. We were told it would be unveiled at the IFA tech event in Berlin and so we’re looking forward to D-Day. Those rendered images and 360-degree video have given us an idea about the Xperia XZ3 and it’s confirmed the device will definitely be notch-less.

The rendered images were shared online by WinFuture. To review, the phone boasts a 6-inch P-OLED screen, 18:9 aspect ratio, 2880 x 1440 pixel resolution, two speakers, up to 2.8GHz Qualcomm Snapdragon 845 Octa-core chipset, 19MP rear camera, 13MP selfie shooter, and a 3300mAh battery. We’re not certain about the RAM but we’re assuming it will either be 4GB or 6GB or maybe even 8GB. There’s still a physical button that can trigger the camera.

It’s interesting that Sony hasn’t jumped onto the notch bandwagon. There’s no dual camera setup either so we’re a bit worried if the brand will sell this phone especially if it has many rivals with better specs and lower prices.

Sony’s Xperia XZ3 is poised to sell at 800 euros which is about $937 in the US. That’s hard to sell but perhaps the fact that it will launch with Android 9.0 Pie out of the box will make a difference.