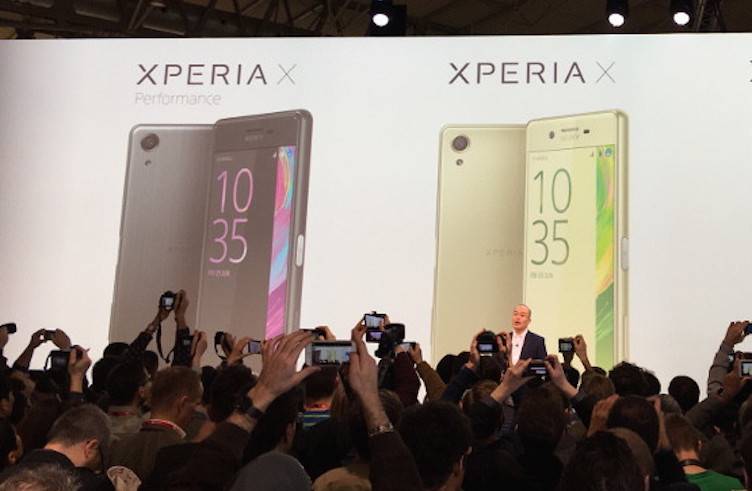 The remaining fans of the Xperia Z line received the bad news yesterday that there will be no more Xperia Z6. This isn’t just a case of Sony skipping the Z6 this year and then jumping to Z7 as it did with the Z3 and Z3+(Z4) jumping to Z5. Sony Germany said that the Xperia X is replacing the Xperia Z. This means the Z5 is the last Z phone. (You may now lay those Z6 rumors to rest…)

That information was from Sony Germany. On the other hand, Sony Bulgaria said it’s a totally new line. We’ll just have to wait for Sony to release an official statement as the regional offices are already confusing us. Xperia Z6 or not, we can’t help but be curious about the new Xperia X line which includes models: the Xperia X, Xperia, XA, and Xperia X Performance.

A few days ago we learned that the X Performance won’t be available in Germany and the UK while the Xperia XA won’t be arriving in the US. No reasons were given but at least we know what to expect. It may be too shallow but the X Performance not coming to Germany may be what caused the Sony German account to say there won’t be a Z6 but no, we’d like to think ending the Xperia Z series is a company-wide decision.

Since there will be no Xperia XA in the United States, it only makes sense that we compare the X and the X Performance. These two models are said to benefit from Sony’s very own camera services and products. One major feature is the Predictive Hybrid Autofocus that produces a blur-free quality of an action shot. 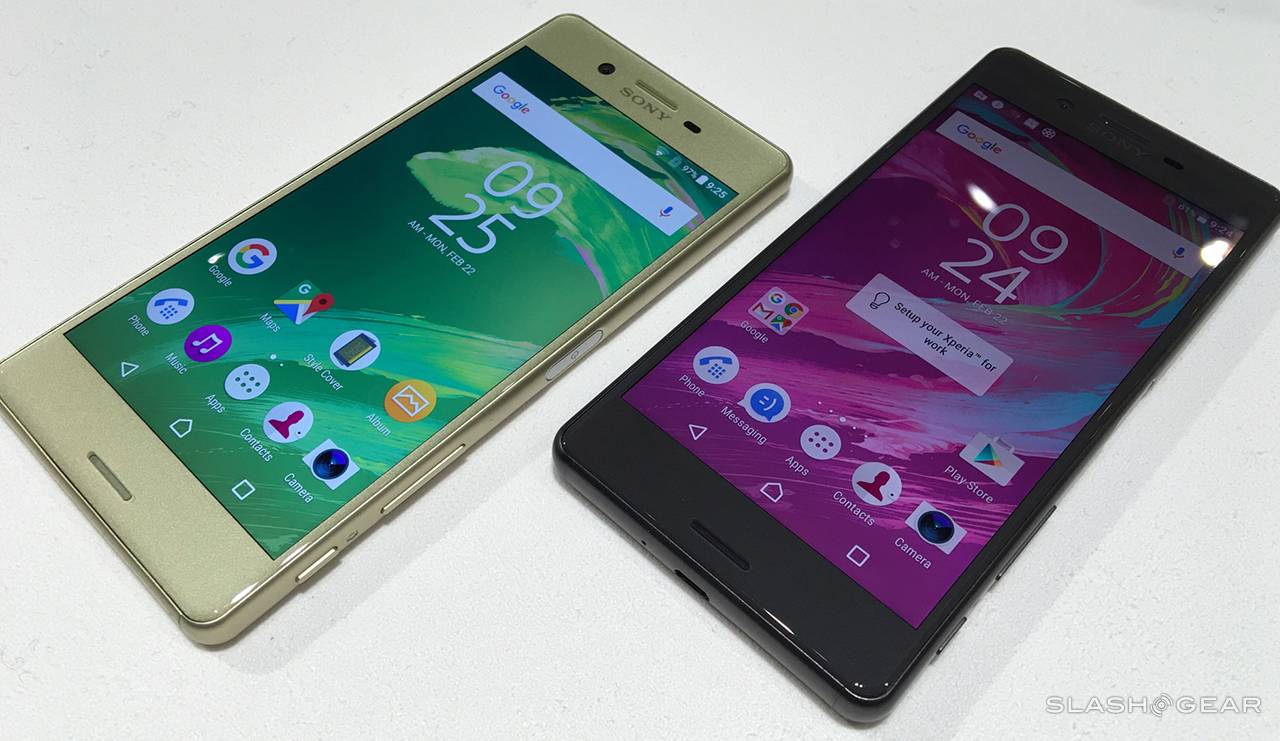 The specs of the two handsets are almost the same: 5.0-inch screen, Full HD screen, 3GB RAM, 32 or 64GB storage, microSD card slot, Dual SIM support, 23MP camera (with 1/2.3-inch Exmos RS sensor, 5x Clear Image Zoom, and Predictive Hybrid AF),  and a 13MP front-facing camera. The processors used are different though with the Xperia X being powered by a Snapdragon 650 while the X Performance by a Snapdragon 820. Adding that “performance” level in the new phone is actually the Qualcomm S820. The latter is the latest chipset most brands are using on their high-end flagship phones. 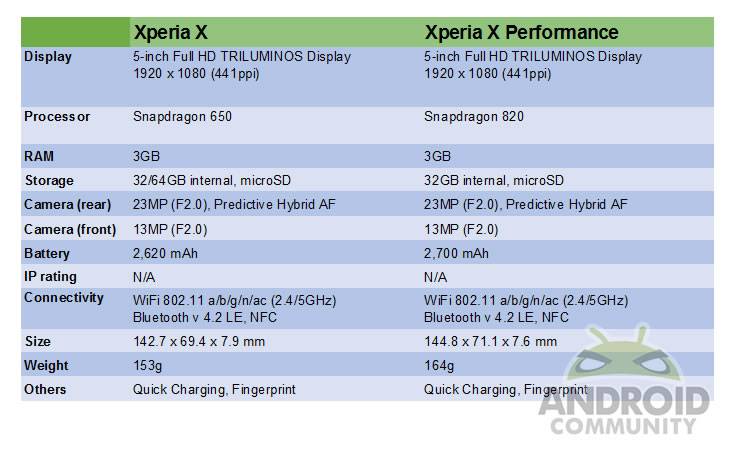 The Xperia X Performance is a bit heavier at 164g compared to the 153g of the Xperia X. The batteries are different too: 2620mAh versus the 2700mAh.  Dimensions have changed as well despite the the same screen screen size and pixel resolution.

The new Sony Xperia X line boasts of an innovative design. It is said to focus more on battery and camera although we have yet to know how long the batteries will last and see sample photos taken by the main camera. Design-wise, the two look very similar. They still have that familiar look as with previous Xperia phones. Materials used include metal and glass on the build.

So the Xperia X and Xperia X Performance replace the Xperia Z phones. The idea is noble but we think Sony could have impressed the mobile industry some more if design was completely changed. There’s no significant change on the look and feel of the new Xperia phones but at least hardware and specs have improved.