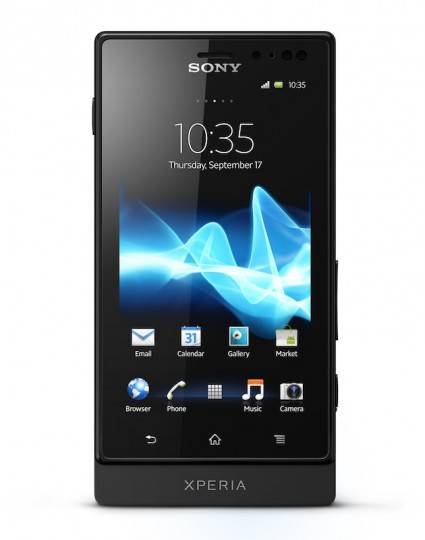 Desperate to try out some touch-free web browsing on your phone? Then grab a plane ticket, buddy – you’re headed for Hong Kong. Taiwanese online retailer ePrice reports seeing the Xperia Sola in the city, priced at just under $3,000 HKD. That’s the equivalent of $387 US, not that it matters: at this point Sony has only confirmed the phone for Hong Kong and greater China.

The Sola will ship with Gingerbread and be upgradeable to ICS, though Sony’s already updated the Tablet S and has betas available for several other phones. The 3.7-inch 854×480 screen isn’t big, but then it doesn’t have to be: Sony’s implementing new “floating touch” gesture controls using the front-facing camera that will allow you to control the phone without touching it. They’ve also implemented NFC with some free tags packed in.

Other specs aren’t all that inspiring; a 1Ghz single-core processor, 512MB of RAM, 8GB of storage and a 5MP camera put the Sola in the middle of Sony’s current lineup. It’s likely to come to other territories eventually, but your guess is as good as ours as to when. Given Sony’s increasingly rapid schedule of software updates, the Sola may be running ICS if and when it travels west to Europe and the Americas. Since it’s already stopped by the FCC, the latter is a definite possibility.