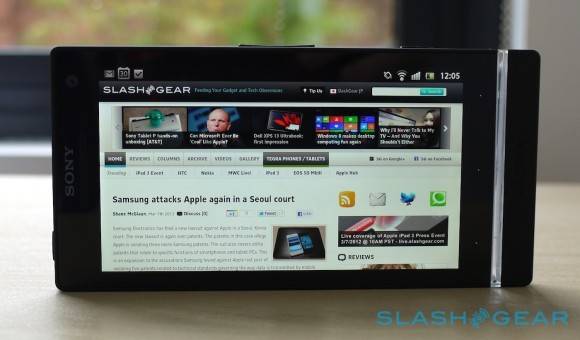 Before you get too excited, no this isn’t Android 4.0 (Ice Cream Sandwich). Rather, it’s just a bunch of bug-fixes and should improve the performance of the WiFi. The Sony Xperia S hasn’t hit too many markets yet, yet users had already experienced issues establishing a solid WiFi connection.

In order to update to software version 6.0.A.3.67, you’ll need to use the Sony PC Companion tool instead of waiting for a rollout OTA. And for Mac users, this creates another obstacle (unless you have a Windows partition); you will need to find a Windows PC, because PC Companion isn’t available for OS X. Once installed, its a quick one click process.

We played around with the Xperia S way back at CES, and had hoped its first update after launch would have been to ICS rather than a few bug fixes, but we’ll just have to wait for that. Though the amount of current Xperia S owners is few, let us know if the update fixed any problems you were having; if not, it’s safe to assume we will be seeing another update down the road. And for those of you think about purchasing an Xperia S – check out an official review over at our sister-site SlashGear!