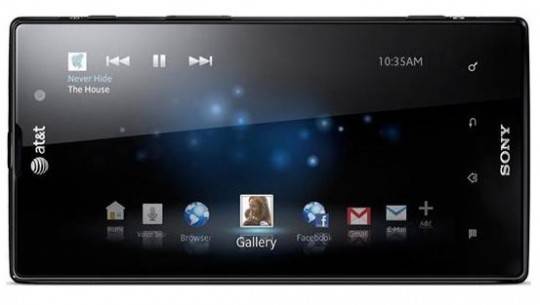 The folks from Sony have been on a roll lately, and to many peoples surprise. After launching the Xperia Z Ultra this morning with a 6.3-inch display, and updating multiple smartphones this month to Android 4.2 Jelly Bean, they are on quite the roll. Now we’re hearing the aging Xperia Ion is also getting Jelly Bean, albeit an older flavor.

The smartphone has been enjoying Android 4.0 Ice Cream Sandwich for sometime on that aging 4.55-inch 720p display and Qualcomm Snapdragon processor, but starting this week users are in for a treat. We’re hearing Android 4.1.2 Jelly Bean is rolling out for the AT&T model, although you won’t be getting the update over the air as usual.

Users will be required to have Sony’s PC companion software installed, and plug their smartphones into their PC to pull and install the latest update, but at least you’re getting Jelly Bean. It isn’t 4.2.2 like the Xperia Z or ZL, but the update does bring many features you’ve probably been waiting for.

Google Now voice search will be included, not to mention expandable notifications and support for Google’s Keyboard. Then of course Jelly Bean introduced project butter for an even faster and better UI experience across the board. The AT&T Xperia Ion is getting updated to build version 6.2.B.0.211. Get the latest update and give it a try, then let us know how things go in the comments below. We’ll be on the lookout for a changelog.