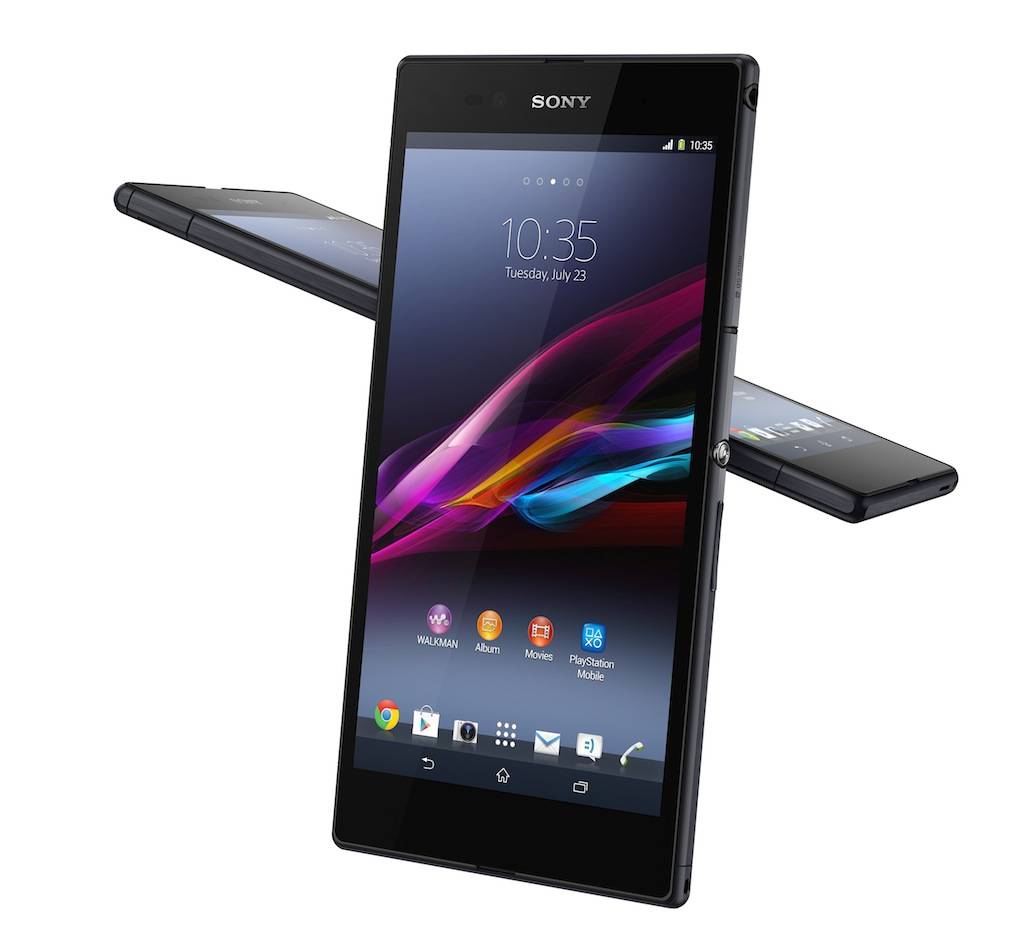 Sony has officially taken the wraps off of its new phablet, the Sony Xperia Z Ultra, a whopping 6.4-inch Full HD Android smartphone powered by Qualcomm’s new Snapdragon 800 chipset. Running at 2.2GHz, the MSM8974 quadcore makes the Xperia Z Ultra one of the fastest – if not, for the moment at least, the fastest – phones around; it also gets 4G LTE and an 8-megapixel camera.

The casing, a svelte 179 x 92 x 6.5mm and 212g, is waterproof and dust-proof, and in fact Sony has raised its game on that front compared to the Xperia Z. Whereas the original phone met IP55/IP57 standards, the new Xperia Z Ultra steps that up to IP58.

There’s WiFi, NFC, Bluetooth 4.0, and GPS, along with DLNA streaming, and Sony has used its Exmor RS for mobile camera technology and its X-Reality for mobile media optimization tech too. For the first time in a Sony smartphone, there’s TRILUMINOS pulled over from the newest BRAVIA TVs, too.

Interestingly, the Xperia Z Ultra’s touchscreen – though not designed to work with a specific active stylus, as with the Galaxy Note II – can recognize not only fingers but any conductive material, such as a pencil tip. That makes for easy notetaking and sketching. 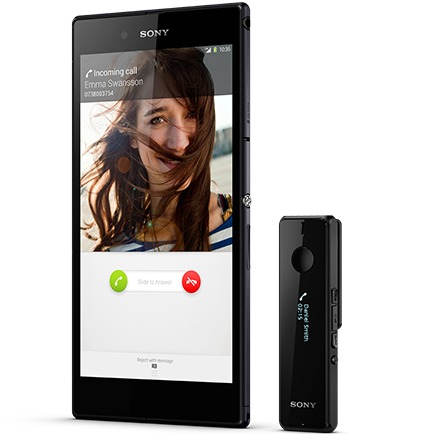 Meanwhile, since 6.4-inches of phone might be a bit much to hold to the side of your head for long calls, Sony has also whipped out a new accessory, the SBH52 “mini handset”. Hooking up via Bluetooth – with NFC for easier pairing – the hands-free kit can be used as is traditional, with plug-in wired earphones, or held directly to your ear.

Up front there’s an OLED display that can show caller ID, music information, and text messages. It also has HD Voice support – network depending – and a standalone FM radio with RDS.

There’s also the DK30 magnetic charging dock, which uses the power of magnets to guide the Xperia Z Ultra into place on the charging pins. That comes with two inserts, to suit the phablet whether or not it’s wearing an optional case.

The Sony Xperia Z Ultra will go on sale – in purple, white, or black – in Q3 2013, with pricing yet to be confirmed. Sony hasn’t given specific dates for the DK30 and SBH52, though we’d assume they’ll appear on shelves at the same time as the Xperia Z Ultra.