Sony has an announcement event planned for September 4th and we are expecting that to include the Honami. Sony hasn’t confirmed which devices would be shown during this event, but that hasn’t stopped the leaks and speculation surrounding the Honami from getting a bit out of control. We have recently seen the device dubbed the Sony Xperia i1 and it looks like we are now being treated to some additional images as well as a near complete set of specs.

This latest round of Honami details are coming by way of the Chinese language ePrice website which bring the images you see below. These are said to be Sony-made press shots of the front and back of the device. Of course, those following along with the Honami leaks will likely realize they look rather familiar to many of the earlier image leaks. 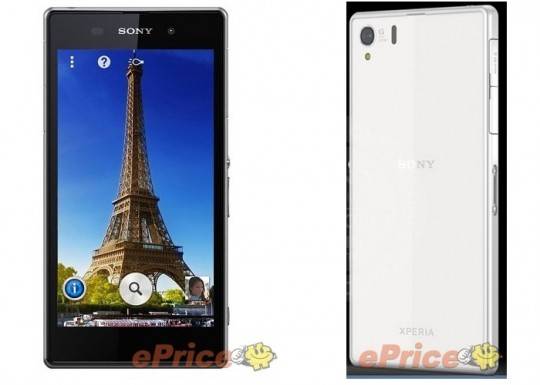 As we often see with Sony devices, the Honami will have a microSD card slot for expansion. The remaining specs include WiFi and Bluetooth as well as NFC, MHL for HDMI output using the microUSB port and protection against dust and water. That last of course is something we are beginning to see used more and more often by Sony (not to mention other manufacturers).

Shifting over to the camera setup and we are expecting to see a 2 megapixel front-facing camera with Exmor R and a 20.7 megapixel rear-facing camera with an Exmor RS sensor. This should also include the Sony G-Lens technology. And lastly, the Honami should launch with Android 4.2.2 Jelly Bean.