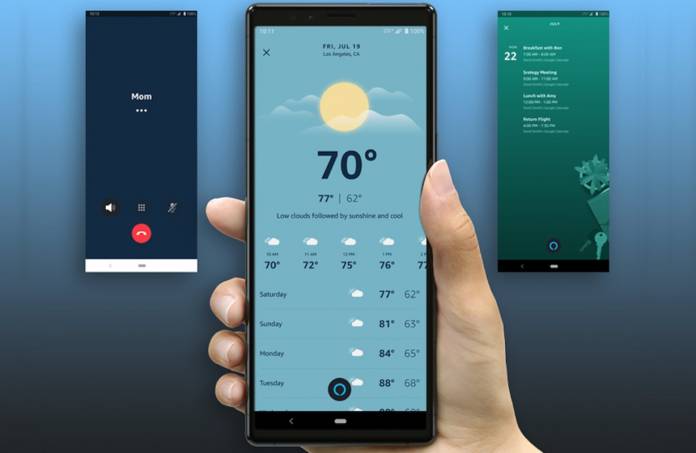 The Sony Xperia 1 is finally available in the United States. The smartphone went up for pre-order last June with the promise it will have HDMI support and 4K OLED display all the time. It was leaked and then officially launched during the Mobile World Congress (MWC 2019) back in February. It made an impression with the topnotch 21:9 CinemaWide 4K HDR OLED display. A Sony Xperia 2 is believed to be in the works already but we have the Xperia 1 to focus on first.

Amazon.com now offers the Sony Xperia 1 with built-in Alexa. It’s an exclusive offer from the top e-commerce site, listing the premium flagship from Sony with an $849.99 price tag. It’s actually discounted already for a limited time beginning August 13 to 26.

The Xperia 1 is Sony’s newest flagship in hopes that it will and help increase the company’s revenue after hitting a slump in H1. Having Alexa as a built-in feature will help as it delivers a smarter mobile experience for the consumers.

As with any other Alexa-powered devices, the Sony Xperia 1 can be used to control and connect other smart home products. You can get important information and data that you need like the latest news, traffic updates, weather, or your schedule. Since this is an Amazon-exclusive, the phone includes popular Amazon apps such as Audible, Amazon Music, and Amazon Shopping.

If you’re an Amazon Prime member, you can avail of the Sony Xperia 1 under a 5-month installment plan. The $849.99 is a bit expensive but the phone’s display and camera tech make it worth the price.