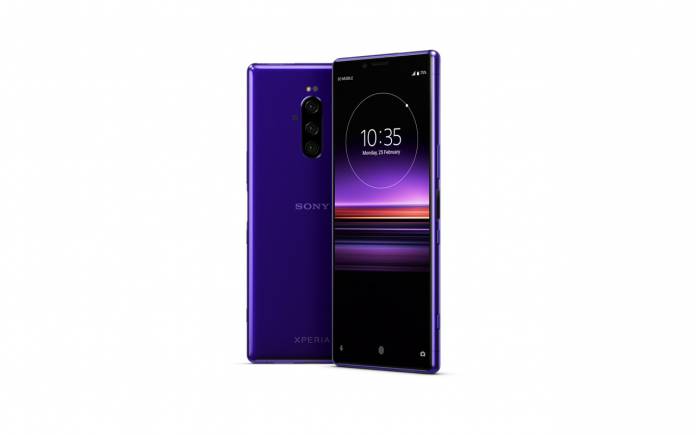 Sony is expected to make an important announcement at this year’s Mobile World Congress in Barcelona. Actually, any announcement from this brand is deemed important. The industry is watching closely the OEM’s every move. The numbers still are not good but we’re just happy to know the brand is making major changes. Sony Mobile is getting ready for the MWC 2019. We’ve been told to expect for the Sony Xperia L3, Sony Xperia 10, Xperia 10 Plus, Sony Xperia XA3 Ultra, and the Xperia XA3.

We can’t confirm all the names despite the presence of the rendered images and leaks but Evan Blass (@evleaks) has recently posted a picture of the Sony Xperia 1 in purple color.

Blas is one reliable source so we’re all eyes when he shares something. The Xperia 1 is said to be the latest flagship from Sony Mobile. It will arrive with three cameras on the rear, a 4K HD OLED screen, and a fingerprint sensor found on the side.

If you remember the original Sony Xperia Z, the purple Xperia 1 uses almost the same shade. Our source hinted on a 4K HDR OLED screen when someone commented he would pass on the smartphone.

The Sony Xperia 1 seems to be different from the Xperia 10 and Xperia 10 Plus. The two have been confirmed already as new mid-range phone offerings. They’re mid-range alright but they will definitely make an impression with the dual rear cameras and 21:9 CinemaWide display. Let’s wait and see for the official MWC announcement.