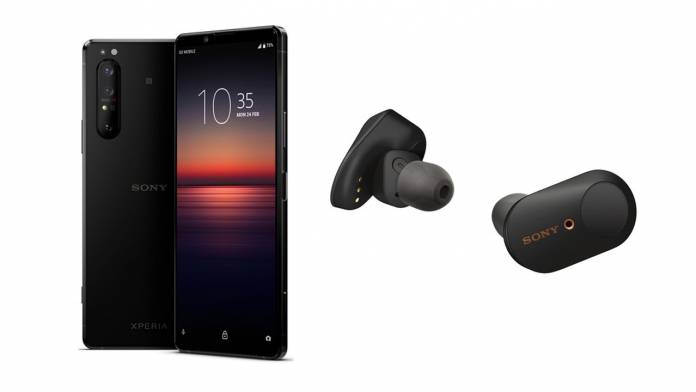 If you had ordered the Sony Xperia 1 II (pronounced as One Mark Two), you’ll be excited to learn the phone is now shipping in the US and some people have begun to receive their devices. Interestingly, the exorbitantly priced phone still comes with a pair of Sony WF-1000XM3 true wireless earbuds in a combo as it did when it came up for pre-order. The flagship-level Xperia 1 II is available exclusively in black for $1,198 – which includes the $230 price tag of the pair of earbuds – yet it is highly-priced.

If you don’t think the same; there are many buyers on Reddit who believe the same and are sharing their experience with Xperia 1 II units. A number of Redditors have claimed to receive their handsets, while some are still awaiting theirs complaining of shipping delays from various sellers including Amazon.

If you are thinking of shelling out $1,200 for this smartphone from Sony you’d want to know that the smartphone is currently available on B&H – in combo with the wireless noise-canceling in-ear headphones. We found the Xperia 1 II out of stock on Amazon and Best Buy.

If you’re a gamer, the super-tall 6.5-inch 4K HDR display and H.S. Power Control, which takes care of the phone’s heating if you are playing when it is plugged, will make the Xperia 1 II a deal for you. The phone has a Snapdragon 865 SoC under the hood coupled with Adreno 650 GPU, 8GB of RAM, and 265GB internal storage – expandable using microSD.

You can’t beat an Xperia device hands down in its camera quality. This one keeps the trend going. The triple camera array with Zeiss optics and Alpha 9-inspired features on the Xperia 1 II makes it one of the best phones for photography and videography. The phone comes with 4,000mAh battery and has a 3.5mm headphone jack.