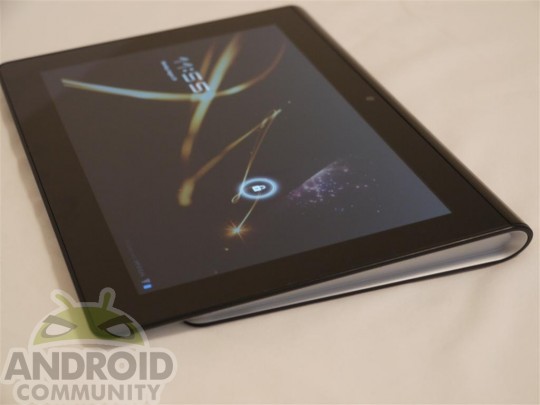 The Sony Tablet S was built in the shape of a wedge to fit the hands of users and to provide them with a form factor that they would be comfortable with using for extended periods of time. The center of gravity of the hardware is focused more heavily towards the thicker edge, where the user’s palm would be when holding the device. The teardown of the device reveals some structural differences from the typical Android tablet to accommodate the design.

As announced the teardown brought the NVIDIA Tegra 2 processor and its 1GB of RAM. Despite its unique hardware, the Sony Tablet S weighs similarly with other Android tablets coming in at 1.3 pounds. The wedge-shaped design of the slate also provides users with an inclined surface for more accessible typing.

The most unique portion of the tablet’s design is in the stiff internal plastic frame which adds to the overall rigidity of the device. Techrepublic claims that the internal frame in the device helps the Sony Tablet S overcome the cheap feeling that other plastic tablets are often plagued by. Sony definitely took a risk in manufacturing a device with such a different design, and it definitely paid off, as found Cory Gunther in his review of the device here. 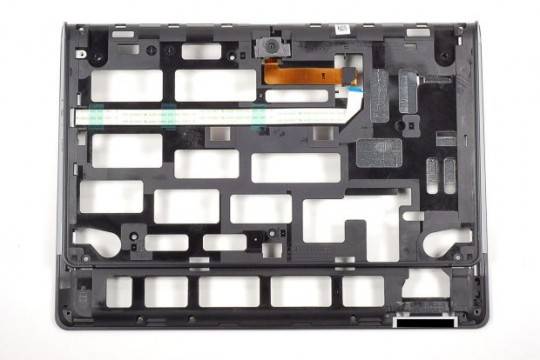 The teardown also revealed that Sony has left some space on the motherboard for the inclusion of 3G/4G connectivity. This could suggest that Sony plans to release an integrated version soon, or that they pulled plans to sell a 3G/4G version at the time of production. They also included many other integrated chips not commonly found in other Android tablets such as the Wolfson WM8903 Audio CODEC, Cypress Semiconductor CY8CTMA395 touchscreen controller, an Audience earSmart A1026 Voice Processor, and an UEI U122 remote control chip for using the tablet as an IR remote.